Here at Moon, we’re all about intentional travel this year. Whether you want to revisit history, experience indigenous cultures, celebrate Pride, or eat like the locals do, there’s an immersive experience for everyone on this list. Plus, true to our values, we’re putting active travel front and center, so you can put those New Years resolutions to work in the jungles of Jamaica or the streets of Paris—take your pick!

Imagine yourself on a market morning. The smells are evocative: bread fresh from the oven, bundles of dried lavender, a grilled leg of Sisteron lamb slowly turning on the rotisserie. People move from stand to stand thinking of the perfect accompaniment for a glass of rosé: perhaps some wild boar saucisson (dry, cured sausage) from the pine forests of the Var or an oozing morsel of Banon goat’s cheese. Then again, why not some anchovies that have been plucked from the sea just off Marseille, or some olives ripened below the medieval fortress at Les Baux-de-Provence?

Once you’ve had your fill, there’s plenty to see and do that doesn’t involve eating or drinking (though many might argue those are the best parts of Provence!). Marvel at the lavender fields in full bloom, explore Avignon’s Gothic Palais des Papes, or step into the world of Van Gogh’s art in Arles. Village-hop through the charming Petit and Grand Luberon or hike in Les Alpilles Regional Park. If you work up an appetite, there’s no need to worry—you’re in the right place.

When planning your trip, keep in mind that The period between July 14 and August 14 is by far the busiest and hottest in Provence. Spring and autumn are delightful: April-June and September-October are the best months to visit.

Discover Provence from a local’s perspective. 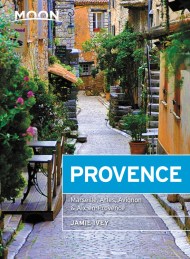 From sweet-smelling lavender fields and beachside restaurants to rosé vineyards and truffle markets, Moon Provence reveals a feast for the senses.

On any given night, you can find joints where the music flows as freely as the booze—sitting still is not an option! On Beale Street, music wafts from lively bars and out onto the street, inviting you to come inside for a spell. And on Sundays, the sounds of old-fashioned spirituals and new gospel music can be heard at churches throughout the city. While you’re here, you can sustain yourself on the city’s world-famous barbecue or its fried chicken and catfish, not to mention modern twists on Southern classics. Eating may not be why you come, but it might be why you stay.

So why is 2020 the perfect time to visit Memphis? August marks the 100th anniversary of the Volunteer State playing a pivotal role in women’s suffrage. (Trivia buffs, take note: Tennessee was the 36th state to ratify the 19th Amendment, creating the three-fourths majority needed to amend the United States’ constitution.)

Consider a visit to the Memphis Suffrage Monument, which is set to be unveiled in March, or embark on the Tennessee Woman Suffrage Heritage Trail, which features many historic markers and sites throughout Memphis. This spring, hit the Memphis Pink Palace Museum for “One Half of the People,” a traveling exhibit organized by the National Archives and Records Administration that highlights the long struggle for women’s rights. Pro-tip: May is the best time for a Memphis trip, when summer is still fresh and mild and the city puts on its annual “Memphis in May” celebration.

From legendary barbecue to famous blues, experience the best of Bluff City with Moon Memphis.

In Jamaica, simple luxuries abound, like picking a mango from a tree for breakfast, watching hummingbirds on tropical flowers, or bathing in a crystal-clear waterfall on a hot day. It’s no wonder that for more than a century, visitors have come to Jamaica to escape cold northern winters and bask in the island’s tropical climate and calm Caribbean waters.

While Jamaica is typically marketed as a destination for escaping the winter blues, it can be just as good (or better!) in the summer, when temperatures are comparable or even cooler than in places as far north as New York, especially at higher elevations and along the coast. The high season and low season should be of more concern in planning a trip, as many establishments set rates according to demand. High season runs December 15 to April 15, when accommodations can be twice as expensive as during the low season.

Experience the tenacious evolution of a nation approaching 60 years old, where preachers—religious, musical, and political—lend vibrancy to everyday life. Jamaica’s vibrant culture and resilient spirit can be felt throughout the country, from small villages to bustling urban centers like Kingston. Plus, you’ll find outdoor adventures around every corner: Take in the views from the country’s highest peak, Blue Mountain, float in the world-famous Blue Hole lagoon, consider a thrilling cliff jump, or climb a waterfall (Moon Jamaica will clue you in to which ones have fewer crowds).

If you choose to just relax on a local-favorite beach, we won’t judge. 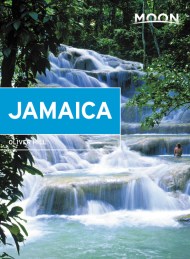 Dive in to warm Caribbean waters, soak up the sunshine, and discover the vibrant culture and spirit of Jamaica.

With Tokyo hosting the 2020 Summer Olympics, Japan is taking center stage this year—but that’s just one of many reasons to visit.

Tradition and modernity have a unique way of mingling in Japan. Kyoto, and on a slightly smaller scale Kanazawa, on the western coast of Central Honshu, are treasure troves of traditional culture, from temples to tea ceremonies, though the rush of tourists reminds you that the present is never far away. Hypermodern Tokyo and Osaka are urban dreamworlds of pop culture, cutting-edge technology, quirky fashion, and contemporary art, but traditional theater performances of kabuki and noh, and serene parks, temples, and gardens allow you to find pockets of Zen even in the heart of the urban metropolis.

Most of Japan has four distinct seasons, interspersed by a few rainy periods, though the country’s varied geography means the climate varies. Spring (roughly late-March through mid-June) and autumn (October through early December) are the most pleasant times of year to visit the country on the whole. That said, it’s a year-round destination, with each season offering its own draw.

Take it from Tokyo local Jonathan Dehart, the author of Moon Japan, and experience Japan’s striking contrasts for yourself: walk in the footsteps of monks on a pilgrimage route or bar-crawl through Tokyo’s alleys. Relax on the remote beaches of the Kerama Islands or hit world-class ski slopes.

The possibilities are endless. 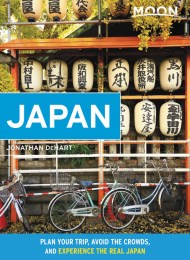 Experience the natural wonder and rich culture of a country unlike any other with Moon Japan.

Cobblestone streets, stately plazas, and lavish churches: explore one of the best-preserved colonial cities in Latin America, a UNESCO World Heritage Site set against the spectacular backdrop of majestic Andean peaks. Rows of pastel-colored houses with flower-decked balconies sit beside lovingly restored mansions. The vibrant, living city is as intriguing as its rich history.

There’s no bad time to visit Quito, but it’s worth noting that the driest, warmest months are June to September, with December to May the wettest. Whatever the season, Andean weather can change very quickly.

Get a little outside the city and outdoor adventures abound. Hike, bike, or climb your way through llama-filled grasslands and barren, high-altitude landscapes at Cotopaxi National Park. Watch for colorful toucans and other stunning species of bird in Mindo. Or visit the indigenous Tsáchila community of Chigüilpe, where you can experience an ancestral healing ceremony and learn more about their connection with the unique spiky trees (called ceibo) that you will find in the area.

It’s not hard to see why Moon Quito author Bethany Pitts fell in love with Ecuador on a visit and promised to return. Spoiler alert: she did return—and is now a permanent resident!

Experience the magic of Ecuador’s capital for yourself. 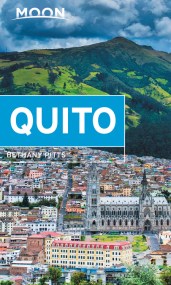 Quito is at once a vibrant young city and a traditional Sierra town, steeped in ancient culture and tucked between misty mountain peaks.

A California road trip is always classic, but this year offers more exciting stops along the way than ever before. This summer, head to Sequoia Park Zoo in Eureka, which plans to open the only redwood canopy walk in North America. Take a walking tour of historic landmarks in the city of Monterey on its 250th birthday or celebrate the 50th anniversary of San Francisco Pride—it’s one of the oldest and largest pride events in the world. In Southern California, kids will love the new theme park attractions, like the Avengers Campus at Disney California Adventure Park or the LEGO Movie park at LEGOLAND.

Don’t have two weeks to devote to an epic road trip? We get that. Moon’s new guides to road trips in Northern and Southern California feature itineraries of all lengths, from weekend getaways to longer loops up and down the coast, so you can customize your own adventure.

Since California’s weather is famously mild, there’s no bad time to road trip (though you might want to avoid the desert in the summer, unless temperatures over 100 degrees are your thing). With highs in the 60s in January, SoCal is the ideal winter escape, while NorCal is an excellent place to beat the heat in the summer. 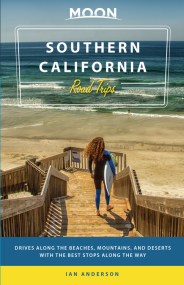 Catch a wave, hike to the Hollywood sign, or soak up some desert sun: the possibilities are endless with Moon Southern California Road Trips.

Maybe you’ve seen the Coliseum from the window of a tour bus or circled the Arc de Triomphe in a taxi. But if you want to experience Europe’s best cities like a local, then you’ll want to lace up your walking shoes and hit the pavement.

People-watch in Paris, amble along Amsterdam’s canals, roam Rome’s Villa Borghese, or linger in a lively London market. With Moon’s pocket-sized City Walks guides, you won’t need a tour guide to discover locally-loved restaurants, nightlife, shops, museums, and more. Plus, if you get off the beaten path (we hear that’s where the tourists hang out) you’ll get a chance to actually mingle with locals and uncover the true spirit of the city for yourself.

Live la vie Parisienne. Do as the Romans do. Check out Moon City Walks. 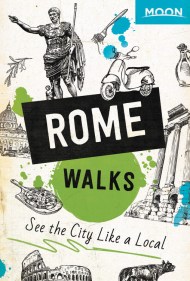 Enjoy a passeggiata through the vibrant streets and cobblestone alleyways of the Eternal City, and experience Rome like a local: on foot!

See all of our Moon City Walks guides! 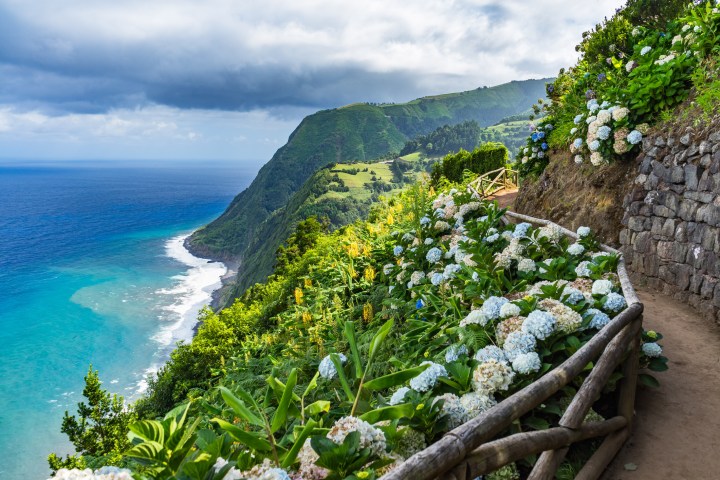 Where Our Editors Are Traveling in 2019 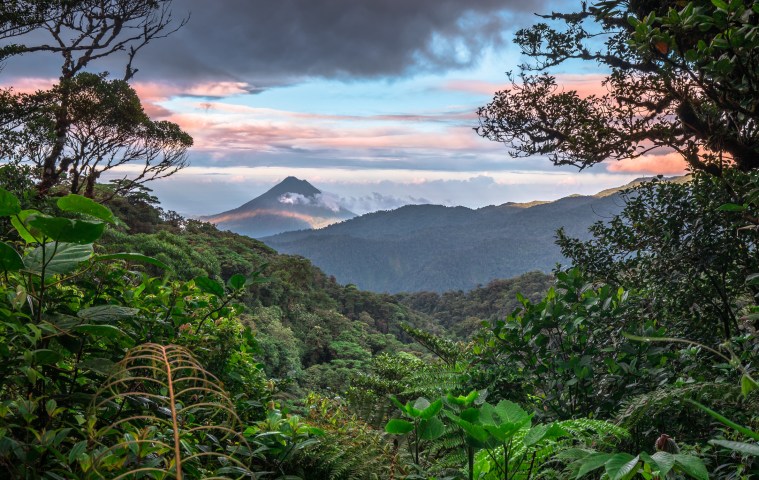