Not only one of the richest estuarine and maritime forest environments in the world, Cumberland Island National Seashore (912/882-4335, reservations 877/860-6787) is one of the most beautiful places on the planet, as everyone learned when the “it” couple of their day, John F. Kennedy Jr. and Carolyn Bessette, were wed on the island in 1996. With more than 16 miles of gorgeous beach and an area of over 17,000 acres, there’s no shortage of scenery.

Cumberland is far from pristine: It has been used for timbering and cotton, is dotted with evocative abandoned ruins, and hosts a band of beautiful but voracious wild horses. But it is still a remarkable island paradise in a world where those kinds of locations are getting harder and harder to find.

There are two ways to enjoy Cumberland: day trip or overnight stay. An early arrival and departure on the late ferry, combined with rental and a tour, still leaves plenty of time for day-trippers to relax. Camping overnight on Cumberland is quite enjoyable, but it’s a bit rustic and probably isn’t for novices.

Important note: Distances on the map can be deceiving. Cumberland is very narrow but also very long—about 18 miles tip to tip. You can walk the width of the island in minutes, but you will not be able to hike its length even in a day.

You can have a perfectly enjoyable time on Cumberland just hanging out on the more populated south end, but those who want to explore the island fully should consider renting a bike or booking seats on the new National Park Service van tour around the island.

Getting to and Around Cumberland Island

The most vital information about Cumberland is how to get ashore in the first place. Most visitors do this by purchasing a ticket on the Cumberland Queen at the Cumberland Island Visitor Center (113 St. Marys St., St. Marys, 877/860-6787, daily 8am-4:30pm, $20 adults, $18 seniors, $12 under age 13) on the waterfront in St. Marys. I strongly suggest calling or faxing ahead. Be aware that there are often very long hold times by phone.

The ferry ride is 45 minutes each way. You can call for reservations Monday-Friday 10am-4pm. The ferry does not transport pets, bicycles, kayaks, or cars. However, you can rent bicycles at the Sea Camp dock once you’re there. Every visitor to Cumberland over age 16 must pay a $4 entry fee, including campers.

March 1-November 30, the ferry leaves St. Marys daily at 9am and 11:45am, returning from Cumberland at 10:15am and 4:45pm. March 1-September 30 Wednesday-Saturday, there’s an additional 2:45pm departure from Cumberland back to St. Marys. December 1-February 28 the ferry operates only Thursday-Monday. Make sure you arrive and check in at least 30 minutes before your ferry leaves.

One of the quirks of Cumberland, resulting from the unusual way in which it passed into federal hands, is the existence of some private property on which you mustn’t trespass, except where trails specifically allow it. Also, unlike the general public, these private landowners are allowed to use vehicles. For these reasons, it’s best to make sure you have a map of the island, which you can get before you board the ferry at St. Marys or at the ranger station at the Sea Camp dock.

There are no real stores and very few facilities on Cumberland. Bring whatever you think you’ll need, whether it be food, water, medicine, suntan lotion, insect repellent, toilet paper, or otherwise.

The ferry typically stops at two docks a short distance from each other, the Sea Camp dock and the Dungeness dock. At 4pm, rangers offer a “dockside” interpretive program at the Sea Camp. A short way farther north at the Dungeness Dock, rangers lead a highly recommended “Dungeness Footsteps Tour” at 10am and 12:45pm, concentrating on the historic sites at the southern end of the island. Also at the Dungeness dock is the little Ice House Museum (912/882-4336, daily 9am-5pm, free), containing a range of exhibits on the island’s history from Native American times to the present day.

Down near the docks are also where you’ll find the stirring, almost spooky Dungeness Ruins and the nearby grave marker of Light-Horse Harry Lee. (You’re very likely to see some wild horses around this area too.) The cause of the 1866 fire that destroyed the old Dungeness home is still unknown. Another even grander home was built on the same site during the Victorian era, but also fell victim to fire in the 1950s. It’s these Victorian ruins you see today.

A very nice addition to the National Park Service offerings is a daily “Lands and Legacies” van tour (reservations 877/860-6787, $15 adults, $12 seniors and children) that takes you all around the island, eliminating the need for lengthy hikes. It’s ideal for day-trippers—if a bit long at six hours—but anyone can take the ride. It leaves from the Sea Camp Ranger Station soon after the first morning ferry arrives. Reservations are strongly recommended.

Moving north on the Main Road (Grand Ave.)—a dirt path and the only route for motor vehicles—you come to the Greyfield Inn (904/261-6408). Because it is a privately owned hotel, don’t trespass through the grounds. A good way farther north, just off the main road, you’ll find the restored, rambling 20-room mansion Plum Orchard, another Carnegie legacy. Guided tours of Plum Orchard are available on the second and fourth Sunday of the month ($6 plus ferry fare); reserve a space at 912/882-4335.

At the very north end of the island, accessible only by foot or by bicycle, is the former freedmen’s community simply known as The Settlement, featuring a small cemetery and the now-famous First African Baptist Church (daily dawn-dusk)—a 1937 version of the 1893 original—a humble and rustic one-room church made of whitewashed logs and in which the 1996 Kennedy-Bessette wedding took place.

There are more than 50 miles of hiking trails all over Cumberland, about 15 miles of nearly isolated beach to comb, and acres of maritime forest to explore—the latter an artifact of Cumberland’s unusually old age for a barrier island. Upon arrival, you might want to rent a bicycle at the Sea Camp dock (no reservations, arrange rentals on the ferry, adult bikes $16 per day, youth bikes $10, $20 overnight). The only catch with the bikes is that you shouldn’t plan on taking them to the upcountry campsites.

Shell-and-sharks-teeth collectors might want to explore south of Dungeness Beach as well as between the docks. Unlike some parks, you are allowed to take shells and fossils off the island.

Wildlife enthusiasts will be in heaven. More than 300 species of birds have been recorded on the island, which is also a favorite nesting ground for female loggerhead turtles in the late summer. Of course, the most iconic image of Cumberland Island is its famous wild horses, a free-roaming band of feral equines who traverse the island year-round, grazing as they please.

Cumberland Island is home to some creepy-crawlies, including mosquitoes, gnats, and, yes, ticks, the latter of which are especially prevalent throughout the maritime forest as you work your way north. Bring high-strength insect repellent with you, or buy some at the camp store. Rangers recommend you do a frequent “tick check” on yourself and your companions.

Accommodations and Camping on Cumberland Island

The only “civilized” lodging on Cumberland is the 13-room Greyfield Inn (Grand Ave., 904/261-6408, $475), ranked by the American Inn Association as one of the country’s “Ten Most Romantic Inns.” Opened in 1962 as a hotel, the Greyfield was built in 1900 as the home of the Carnegies. The room rates include meals, transportation, tours, and bicycle usage.

Many visitors opt to camp on Cumberland (reservations 877/860-6787, limit of seven nights, $4) in one of three basic ways: at the Sea Camp, which has restrooms and shower facilities and allows fires; the remote but pleasant Stafford Beach, a vigorous three-mile hike from the docks and with a basic restroom and shower; and pure wilderness camping farther north at Hickory Hill, Yankee Paradise, and Brickman Bluff, all of which are a several-mile hike away, do not permit fires, and have no facilities of any kind. Reservations are required for camping. All trash must be packed out on departure, as there are no refuse facilities on the island. Responsible alcohol consumption is limited to those 21 and over.

Insect life is abundant. Bring heavy-duty repellent or purchase some at the camp store. 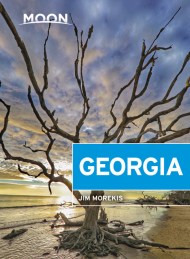