History and archaeology buffs will have a field day in Greece (pun intended). Although nearly all the islands have some sort of ruins and museums, Samothrace, Crete, and Delos (accessible from both Mykonos or Naxos) have particularly fabulous places to visit. Here are the top spots to discover Greek history and experience Ancient Greece firsthand:

One of the most awe-inspiring places in Western civilization, the Parthenon, still stands in all its glory above the Acropolis. The word Parthenon means “virgin’s apartment” and it is dedicated to Athena Parthenos, the patron of Athens. It’s the largest Doric temple in Greece (and the only one to be built purely of white Pentelic marble), though as of 2019, its facade was covered in scaffolding.

The best preserved of the Minoan palaces, the Palace of Knossos is a testament to the ferocious strength and power of the mysterious Minoan civilization. It’s worth braving the crowds to see the fantastic Palace of Knossos, the most famous—and the busiest—of Crete’s tourist attractions. This was the capital of Minoan Crete, and the sprawling sight gives you a glimpse into what life was like in Europe’s oldest city.

Sanctuary Of The Great Gods, Samothrace

Feel the energy at this mysterious temple complex dating back to the 7th century BC. The site was used to worship the “Great Gods,” but the true meaning behind the place still has archaeologists scratching their heads. This sanctuary is one of the most mysterious and important archaeological sites in all of Greece, constructed by the Thracians around the 4th century BC (although religious activity was detected as early as the 7th century BC). This sprawling temple complex will take your breath away. Columns soar skyward, and you’ll find remnants of altars, rotundas, temples, and more, all in various states of ruin.

Of all the beautiful and awe-inspiring archaeological sites in Greece, Delos might be the most important. It’s the birthplace of twins Apollo and Artemis and is a UNESCO World Heritage site. The whole emergence of the Cycladic—which comes from the word “circle”—is centered around this spiritual and sacred island, which is now totally uninhabited.

On an island full of beauty, the Temple of Apollo (also called Portara, or “door” in English) might be one of the more arresting sites. Built in 530 BC by Lygdamis, a tyrant who, true to form, wanted to build the highest building in Greece, the Portara is believed to be a tribute to Apollo, the god of music and poets. The temple was originally supposed to be 100 feet tall, but after war broke out between Naxos and Samos, and Lygdamis was overthrown, plans were abandoned. Today, the temple stands as a beautiful ruin, made even more magnificent by negative space. 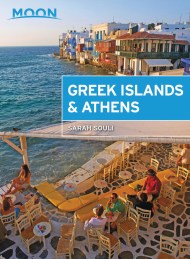 Soak up the sun, dance till dawn, hike through wild forests, or explore Greek history: Escape to the Mediterranean with Moon Greek Islands & Athens. 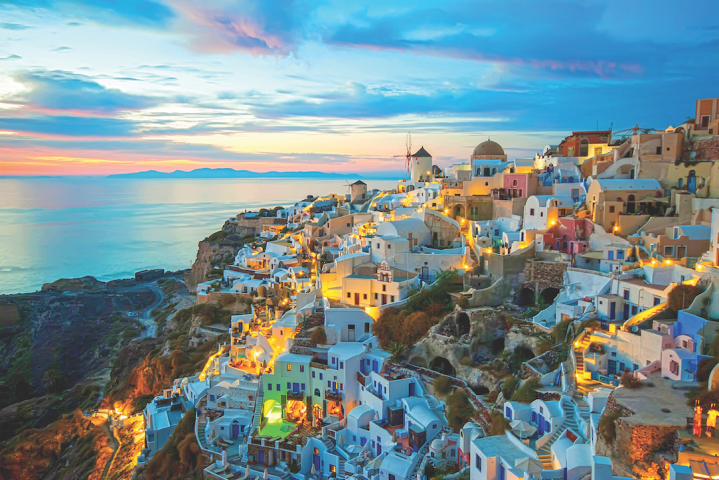 A Weekend in Santorini 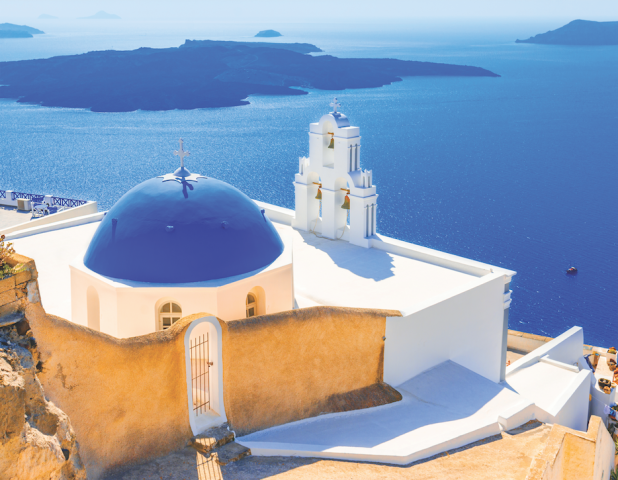 Tips for Avoiding Crowds in Santorini 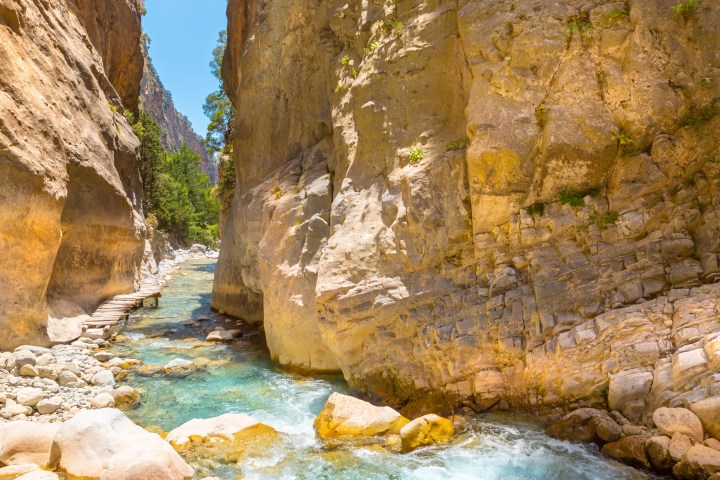