Ingapirca, which means “Inca wall” in Kichwa, is Ecuador’s most important set of pre-Columbian ruins, located 80 kilometers (50 mi) north of Cuenca. The sight of the Inca sun temple standing on a hill with panoramic views over the surrounding countryside is highly impressive, and the site has a fascinating history.

Features of the Ingapirca Ruins

Much of the site is little more than stone foundations, and it takes imagination and a guided tour to bring it to life. The Pilaloma complex on the south side marks the original Cañari settlement. The most interesting feature is the collective tomb of a Cañari priestess and 10 of her servants, who were buried alive with her upon her death, along with thousands of spondylus shells. The tomb lies under a large stone that is thought to be linked to various astronomical calculations and was possibly used as a sacrificial altar.

Farther into the complex, there is an expansive open space where large numbers of devotees gathered for ceremonies. Just beyond this, a fragment of Inca road remains, part of a network that once connected religious and administrative centers across Ecuador, Peru, Colombia, Bolivia, Argentina, and Chile. Other features include ceremonial baths, agricultural terraces, and grain storage areas.

The highlight of the complex is the elliptical Temple of the Sun, the only one of its kind in the Incan empire, built on top of an ancient Cañari ceremonial rock. As well as a site for rituals, is thought that the structure was used to determine the agricultural and religious calendars. The most important event was Inti Raymi, the Festival of the Sun, which is still celebrated at Ingapirca every June. The mind-boggling stonework that is the hallmark of Inca construction can be fully appreciated here, with volcanic rocks hand-carved so precisely that mortar was unnecessary. The view is equally as impressive.

Next to the temple is the House of the Chosen, where the most beautiful girls from the neighboring villages lived as Virgins of the Sun. Removed from their families as children, they were taught how to dance, embroider, weave, and cook under the supervision of matrons called Mama Cunas. Their duties included entertaining visiting Incan dignitaries, preparing ceremonial food, maintaining a sacred fire, and weaving garments for the emperor and for rituals. They would go on to marry high-ranking men such as Incas, distinguished soldiers, and priests.
Also near the temple is a large stone with 28 holes of varying sizes, thought to have been a lunar calendar. It is believed that the holes were filled with water, which told the date by reflecting the moon’s light differently throughout the month. A 20-minute walk from the temple is a cliff in which appears a giant human face known as the Cara del Inca, probably a natural phenomenon.

Near the entrance is a small museum that houses a collection of Cañari and Inca ceramics, sculptures, tools, traditional dress, and a skeleton found at the site. There are several handicrafts shops and cafés selling traditional fare.

Entrance to the Complejo Arqueológico de Ingapirca includes an obligatory tour. Signs in Spanish, English, and Kichwa explain the basics of the site, but few of the guides speak much English. If you don’t speak Spanish and would like to get the most out of your experience, consider going with an organized tour from Cuenca. Ingapirca is one of the best places in the country to join in the Inti Raymi celebrations, where Andean peoples give thanks to the Pachamama (Mother Earth) for the harvest. More than a hundred indigenous groups from Ecuador and other Andean countries gather at Ingapirca for traditional dancing, music, gastronomy, and crafts fairs. The festivities last for three days between June 17 and 23. Check the Facebook page for the exact dates.

Most tour companies in Cuenca offer organized excursions with English-speaking guides ($50 pp). Also available is a one-day hike on the Inca road through the páramo, ending at Ingapirca ($90 pp).

A more adventurous way to arrive is the three-day Inca Trek, which starts in Achupallas near Alausí and follows the ancient Inca road through the pristine Ecuadorian páramo in Sangay National Park. The hike passes beautiful lagoons and the ruins of stone buildings where Incan messengers took refuge. With a maximum elevation of 4,200 meters (13,780 ft), this is one of the highest points of the Inca road. Community Hostel in Alausí can organize the Inca Trek for $250 per person, including mules, tents, meals, and rubber boots. Unlike many agencies, they hire local guides from Achupallas. Keep in mind that you’ll be hiking at over 3,000 meters (9,800 ft) elevation the whole way, and that the weather can change quickly. Bring lots of warm clothes and keep your waterproof jacket handy.

Transportes Cañar has direct buses from the terminal terrestre in Cuenca to Ingapirca (9am and 12:20pm Mon.-Fri., 9am Sat.-Sun., 2.5 hours, $3.50). If you miss the direct bus, there are regular buses to Cañar (2 hours, $2) and Tambo (2 hours, $2.50), where you can change for Ingapirca (30 minutes, $0.50). Similarly, if you’re traveling from the north along the Panamericana, get out at Cañar or Tambo, both of which have connections to Quito.

In a restored 200-year-old estate just 300 meters (980 ft) from the ruins, Posada Ingapirca has comfortable, rustic guest rooms, each with a chimney or heater. The restaurant is open to nonguests and has a fireplace. There are no vegetarian main courses, but most of the appetizers are meat-free, including quinoa soup.

The Cañari lived here long before the Incas arrived and are famous for their determined resistance of the invasion, successfully defending their territory against the army of Inca ruler Túpac Yupanqui. It wasn’t until Yupanqui’s son, Huayna Capac, continued his father’s campaign that the Incan empire finally conquered Cañari territory, through a combination of wars and marriages. Interestingly, following their victory, the invaders had enough respect for the Cañari to build a community together, constructing their own Temple of the Sun to complement the existing Temple of the Moon. As well as a ceremonial site, Ingapirca is thought to have had astronomical, political, and administrative functions. A few high status individuals and families resided there, visited occasionally by Huayna Capac’s son, Atahualpa.

At 3,200 meters (10,500 ft) elevation, Ingapirca’s position overlooking the surrounding valley was of key strategic importance, but its growth was short-lived. The complex is thought to have been destroyed shortly before the Spanish conquest, in a war between Atahualpa and his brother Huáscar in 1532. The Spanish later ransacked the site and much of the stonework was used to build churches and haciendas in Cuenca and beyond. The site lay abandoned until the Ecuadorian government began a restoration process in the mid-20th century, opening the site to the public in 1966. 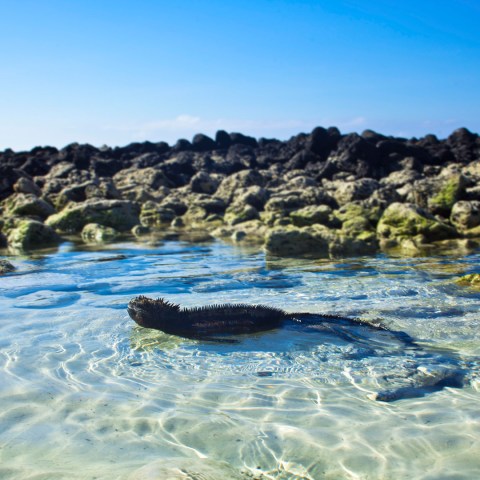 How to Travel Responsibly in the Galápagos 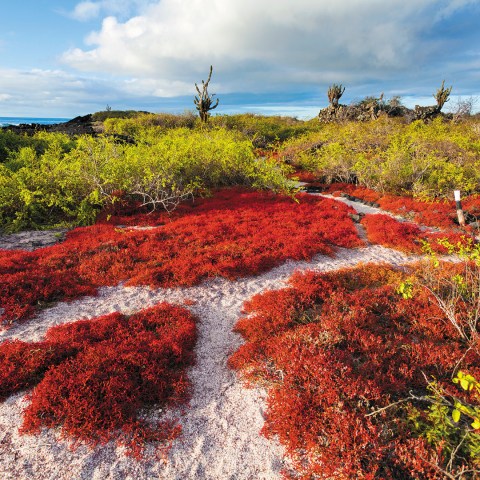