Stretched languidly along the banks of the Tagus River, almost midway up Portugal’s west coast, Lisbon is magnetic. Consistently ranked among Europe’s top destinations for tourism and quality of life, Lisbon is a thriving city packed with contemporary attractions that sit comfortably among its time-honored facets, a city that effortlessly manages to blend tradition with trendy. Add exciting cuisine, welcoming hospitality, and first-class accommodations, and you get a hugely appealing destination. Here are the best things to do in Lisbon:

1. Take in a soulful fado show in the historic Lisbon neighborhoods of Alfama or Bairro Alto.

2. Indulge in one of Portugal’s many regional delicacies.

Any trip to Lisbon is incomplete without a mouthful of delicious pastel de Belém.

3. Visit the National Tile Museum, housed in a 16th-century convent.

See a collection of traditional hand-painted azulejo ceramic tile plaques, some dating from the 15th century.

4. For a museum experience without major crowds, hit the Calouste Gulbenkian Museum.

One of Lisbon’s less-celebrated treasures, its collection ranges from Greco-Roman antiquities to contemporary pieces.

5. Sample some of Portugal’s unique, indigenous wines and spirits…

…like vinho verde, a slightly fizzy, fruity, crisp young wine that originated in the Minho region, or Madeira wine, a fortified wine that is baked to a thick, sweet consistency.

6. In the main downtown area, explore famous Comércio Square and its museums and landmarks—they’re all within walking distance.

Make sure you climb to the top of the Triumphal Arch on Rua Augusta.

7. Book in advance and take a free guided tour of Roman ruins beneath the streets of Lisbon.

Overlooked by many tourists, the Archaeological Center of Rua Correeiros showcases a wealth of Roman artifacts uncovered during the construction of the bank next door.

8. Climb to the top of Belém Tower.

At the mouth of the Tagus River, this fortified tower was the last and first sight the country’s intrepid sailors had of their homeland when setting off and returning from their voyages.

9. For lunch, head to the bustling Time Out Market Lisboa, set back from the Cais do Sodré quay.

A prime example of ornate Manueline architecture, with the stately Imperial Square Gardens sprawling in front of it, it is also a UNESCO World Heritage Site.

11. Kick back at Cervejaria Trindad.

This beautiful brewery and banquet hall dates from the mid-1800s, when it was the place of choice for writers, poets, and politicians.

12. Wander the ruins of Carmo Convent, once the largest church in Lisbon.

It starkly shows the devastation of the 1755 earthquake.

An appealing mix of historic and contemporary buildings, high-end boutiques, and tree-shaded cafés lines the country’s most famous avenue.

15. Catch a ride up one of Portugal’s many hills via the riverfront cable cars in Lisbon’s Park of Nations.

16. Take the elevator up to the observation platform of the Christ the King Statue.

Arms outstretched high above the Tagus River, this iconic statue affords dazzling views over the city.

The area has reinvented itself as the city’s liveliest and coolest nocturnal hangout, with chic wine bars, historic fado houses, and renowned jazz clubs.

On a hilltop in the heart of Lisbon, this imposing Moorish monument commands spectacular views of the historic city center and the Tagus River.

Its colorful turrets and towers are the stuff of magic.

This mysterious set of standing stones thought to be older than Stonehenge.

21. Immerse yourself in Templar history at Tomar’s massive Convent of Christ.

22. Spot wild dolphins, along with more than 200 bird species, in the glistening Sado Estuary.

24. Walk paths where dinosaurs once roamed on the eerily remote and rugged Espichel Cape.

It’s a perfect way to take in the sights, sounds, and smells of Lisbon’s most famous coastal retreats. 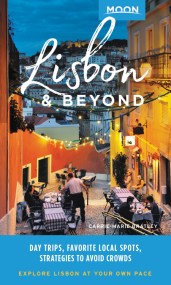 From the vibrant azulejo tiles and colorful rooftops to the warm, golden coastline, get to know the charming City of Seven Hills with Moon Lisbon & Beyond. 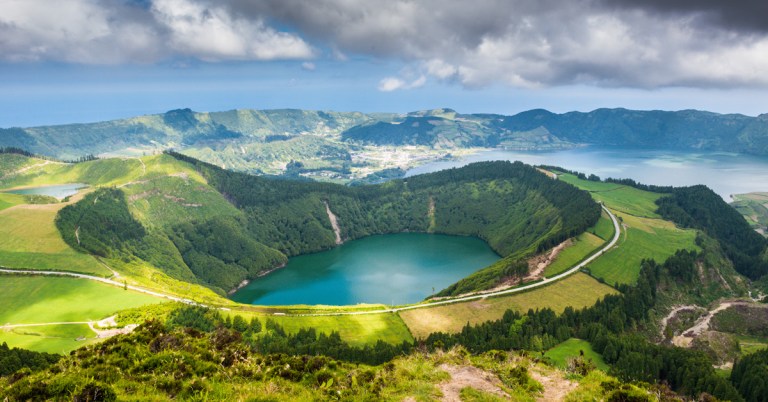 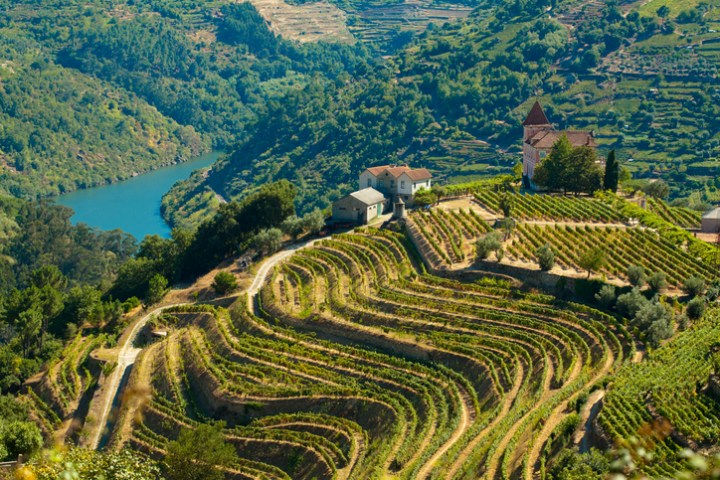 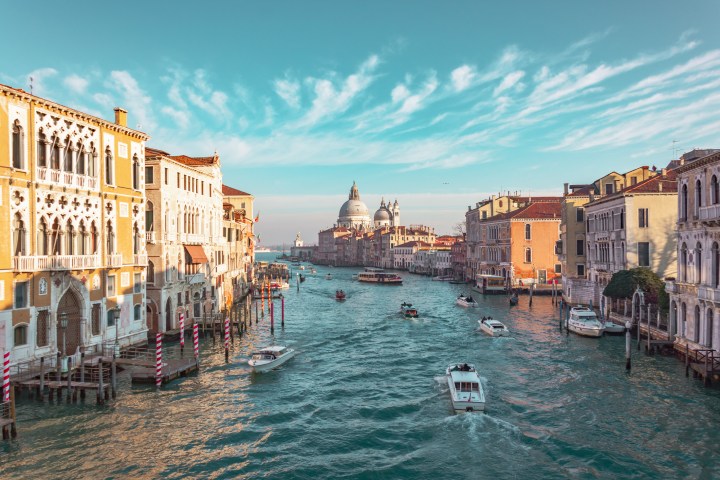 17 Ways to Escape the Crowds in Europe