Things move at a different speed in Southern Italy, where a slow pace and easy living are almost always the keys to happiness, whether you’re sailing into Amalfi’s harbor, wandering the ruins of Magna Graecia in Sicily, or watching pasta experts hand-making orecchiette in front of their homes in Bari.

Though plenty ties the region together, each part has its own distinct character, too. Here’s an overview of the different places to go in Southern Italy, from the Amalfi Coast to Sicily:

Puglia and the Best of the South

Puglia, the heel of Italy’s boot, is still less visited by international tourists, but its long coastline promises Italian adventures that touch on history, food, slow living, and relaxation. Most visitors start in the central, regional capital of Bari, with one of the area’s main airports (the other, the Aeroporto del Salento, is located outside Brindisi, farther south). The surrounding area is known for its cultivation of grapes and olives, hilltop villages and coastal towns, and diverse national parks.

Breathtaking cities like Lecce, the “Florence of the South,” and Gallipoli, “the beautiful city,” show off Puglia’s romantic side.

Just west of Puglia, in the province of Basilicata, don’t miss captivating Matera, whose distinctive cave dwellings have been inhabited continuously for at least 3,000 years, now converted into charming restaurants and B&Bs.

Naples and the Ruins

The largest city in Southern Italy, Naples buzzes with a vibrant energy and magnetism truly its own. How could you not fall for a city with royal palaces, world-class museums, and some of Italy’s tastiest street food? Around every corner there’s something unexpected to discover, and it’s also a great base for day trips to famous archaeological sites as well as Capri and Sorrento.

Sorrento, Capri, and the Amalfi Coast

Sorrento is a popular spot for travelers looking to explore all the top destinations in the area thanks to its convenient setting between Naples and the Amalfi Coast. With panoramic views across the Gulf of Naples, a historic center full of shops and restaurants, and picturesque Marina Grande harbor, this vacation setting combines beauty, charm, and convenience. It’s one of the main gateways to the justifiably famous island of Capri. Expect crowds on the island, especially in the high season, when the iconic Piazzetta and the chic shopping streets are bustling. Yet there’s a quieter side of Capri if you ride a chairlift to Monte Solaro, the island’s highest point, or get lost in narrow pathways past bougainvillea-draped villas.

To the west, on the southern side of the Sorrentine Peninsula, you’ll be captivated by the Amalfi Coast’s rugged coastline and rocky, secluded beaches. Positano’s cascade of pastel-colored buildings and seemingly unreal beauty makes it one of the most visited spots on the Amalfi Coast. Amalfi, the coastline’s namesake town, has a scenic port and a fascinating history as Italy’s first maritime republic, dating back to the Middle Ages. And set high in the mountains, the town of Ravello is a big draw, with its lovely gardens and romantic views. Plus, just east of the coast lies the city of Salerno, with its attractive lungomare (waterfront) and maze of medieval streets in its historic center. It’s a good home base in this area for travelers who enjoy a bigger city vibe.

Start your trip to Sicily in the fascinating capital city of Palermo, whose history is marked by waves of conquerors, from the Greeks to the Romans, Arabs, Normans, French, and Spanish. Each one has left its mark and influenced the architecture, culture, landscape, customs, and culinary traditions of the island. Palermo is a hub of Sicilian art, culture, and gastronomy. The centro storico is filled with art museums, folksy puppet performances, noble palaces, flourishing outdoor markets, and some of Italy’s best street food.

Nearby, don’t miss the Aegadian Islands, just a stone’s throw from the coastal towns of Trapani and Marsala. Farther south, the Valle dei Templi archaeological site rivals anything you might find in Greece.

Under the shadow of Mother Etna, Catania’s proximity to Sicily’s largest airport, Catania-Fontanarossa, makes it a no-brainer stop on any trip to Sicily. This intricate black rock city was rebuilt with lava stones after two devastating volcanic eruptions, but the vivacious A’ Piscaria fish market shows the town to be very much alive. Within an easy drive, you can climb the slopes of Mount Etna, sip volcanic wines, live large in glamorous, historic Taormina, or head off the grid to the Aeolian Islands, top destinations for pristine beaches and fresh seafood.

Get a glimpse into Sicily’s Greek history in Syracuse, originally founded by the Corinthians in 734 BC. Its Parco Archeologico della Neapolis is home to an impressive Greek theater and a Roman amphitheater, and the island of Ortigia jutting just off the city’s coast is the perfect combination of historic architecture, the sea, and delicious food. Then, venture out to the villages of Modica, Noto, and Ragusa, living pieces of art with their beautiful Baroque townscapes.

Find everything you need to plan your adventure: 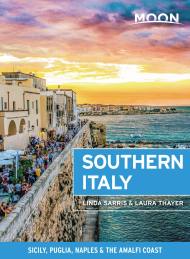 From the pastel rooftops of Positano to the soaring peak of Mount Etna, immerse yourself in la dolce vita with Moon Southern Italy. 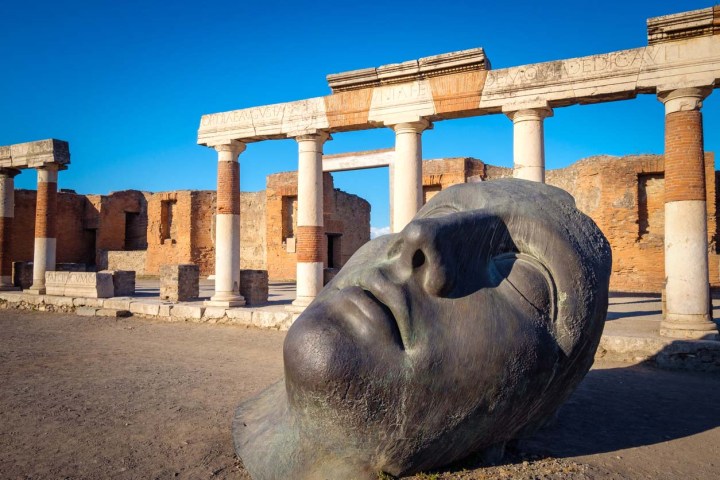 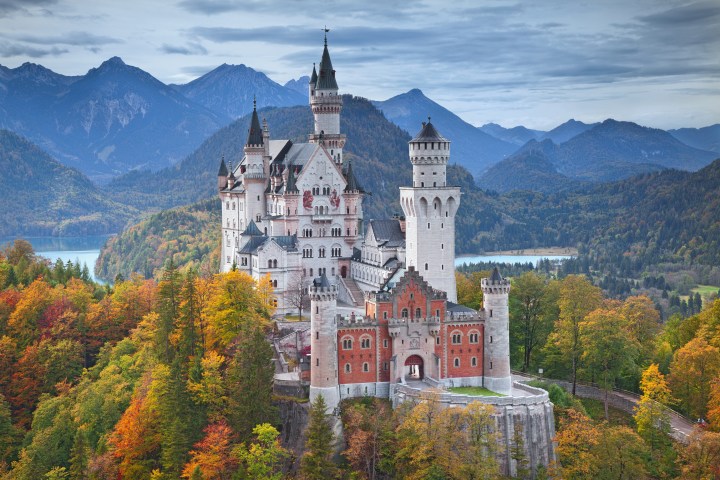 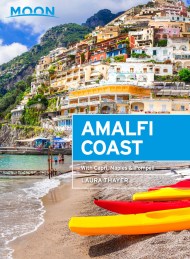