This 3-day Chicago itinerary covers the best the city has to offer—from must-see sights to neighborhood favorites. Spend the first day downtown, then explore some of the northern neighborhoods on the second day before finishing up with the Museum Campus on the third day. Plan to stay in a hotel in the Loop or Near North for the easiest access to public transportation.

Day 1: The Loop and Near North

Start your day with a stop at the Revival Food Hall for coffee, smoothies, or baked goods from one of the many vendors. The Chicago Architecture River Cruise is a picturesque way to begin your morning and get acquainted with the city’s history while also taking in the sights. The boat tour ends at Michigan Avenue, where you can walk south to explore The Art Institute of Chicago. Spend the rest of the morning taking in the museum highlights (follow the self-guided tour on the museum brochure). Afterward, grab a late lunch at Seven Lions just across the street.

Millennium Park awaits just a few blocks north along Michigan Avenue. Spend the afternoon admiring art installations such as Cloud Gate, relaxing on the Great Lawn, or listening to some live music at the Jay Pritzker Pavilion.

Staying at a hotel in the Loop means it’s a quick walk back to your room to get ready for a night out. Start with rooftop drinks at Cindy’s Rooftop Bar, where you’ll get amazing views of the skyline and Lake Michigan.

For dinner, head to the hopping River North area where you’ve made reservations for Frontera Grill, chef Rick Bayless’s flagship restaurant. After dinner, take a walk along the Riverwalk then go dancing at the Studio Paris Nightclub or take in a jazz performance at Andy’s Jazz Club.

Public Transit: To get to the River North area from the Loop, take the Red Line from the Monroe Station north to Grand Station.

Today, take in Chicago’s North Side, starting in the Gold Coast neighborhood. Window-shop your way north along the Magnificent Mile toward 360 Chicago, arriving when the observation deck opens at 9am for morning views over the city. (Buy a fast pass to avoid spending your morning in line.)

Public Transit: From the Loop, take the Red Line to the Chicago Station and walk east along Chicago Avenue until you hit Michigan Avenue.

From 360 Chicago, rent a Divvy bike and ride 2.5 miles along the Lakefront Trail north to Lincoln Park. Along the way, you’ll pass the historic Lake Shore Drive mansions and the beckoning sands of North Avenue Beach. Just across the street from the park, stop in at Elaine’s Coffee Call for coffee and a snack.

Public Transit: Buy a 24-hour pass to rent a Divvy bicycle from the station at Mies Van Der Rohe Way and Chestnut Street. There are Divvy docking stations at Broadway and Barry Avenue in Boystown and at Sheffield Avenue and Waveland Avenue near Wrigley Field.

Continue north along the Lakefront Trail, turning west at West Briar Place as you head into Boystown. Stop for brisket and craft brews at DryHop Brewers, then browse the shops along North Halsted and North Broadway. From Boystown, it’s a one-mile walk or bike ride north to iconic Wrigley Field. Snap some photos or take a tour of the stadium. If it’s baseball season, try to catch a Cubs game or simply cheer them on at one of nearby bars like The Cubby Bear.

At night, stay in Lakeview for dinner at Chilam Bilam before catching a comedy show at the Laugh Factory. Or head back to Old Town for fish tacos at Buzz Bait followed by improv at Second City.

Public Transit: The Addison Station is near Wrigley Field and serviced by the Red Line. To head to Old Town, take CTA bus #22 from Clark Street to the LaSalle Drive stop.

Today is all about museums, and you’ll want to get an early start as most close by 5pm. Book tickets for the Total Experience Pass online before you head out so that you can skip the lines for entry. Fuel up with coffee from Cafecito and grab some Cubano sandwiches to go for the long day ahead. Take either a CTA bus or L train or the Metra Line to the Museum Campus.

Start your day of discovery with The Field Museum, whose extensive exhibits and collections of natural history span three floors. Next, cross the campus to the Shedd Aquarium where more than 32,000 animals are on exhibit. If you have time, stop in at the Adler Planetarium (it closes at 4pm) and gaze among the stars. If you’re short on time—or just tired—opt for a picnic on the Planetarium lawn, which has an especially beautiful view of Lake Michigan.

Rent a Divvy bike and ride 2.3 miles north along the Lakefront Trail to Navy Pier (or, in summer opt for the water taxi along the lake). Ride the iconic Centennial Wheel and explore the pier’s many attractions. On summer evenings (Wed. and Sat.), watch fireworks light up the night sky.

Public Transit: There are three Divvy bike rental stations on the Museum Campus. The Shoreline Water Taxi (May-Sept.) connects the Museum Campus with Navy Pier. CTA bus #146 can get you to State Street and Illinois, where you can catch bus #29 or #65 to Navy Pier.

Tonight, dig into some deep-dish pizza at Lou Malnati’s in the River North area.

Spend a day in Wicker Park and Bucktown, where you can browse local shops along Damen and Milwaukee Avenues. Start with brunch at Dove’s Luncheonette, then relax with a stroll to Wicker Park. At night, dive into yummy tacos on the patio at Big Star and enjoy cocktails at The Violet Hour. This neighborhood is best explored on foot and without an agenda.

Escape the crowds and see a local side of the city with a day in Hyde Park. Orient yourself with a stroll in Jackson Park before visiting the Museum of Science and Industry. Browse the wares in Powell’s Books, then fill up at Valois for some local experiences. 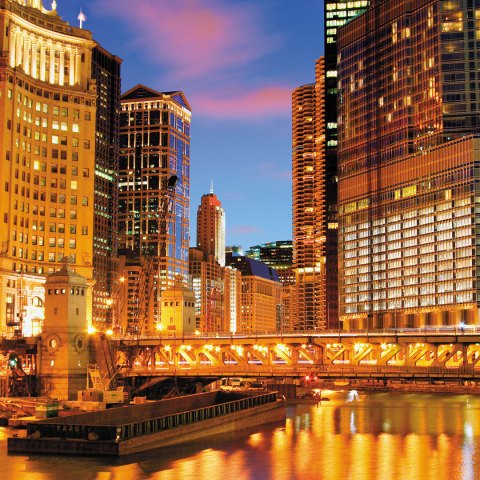 7 Ways to Experience Chicago at Night

Eat Your Way Through the USA With Our Food Bucket List 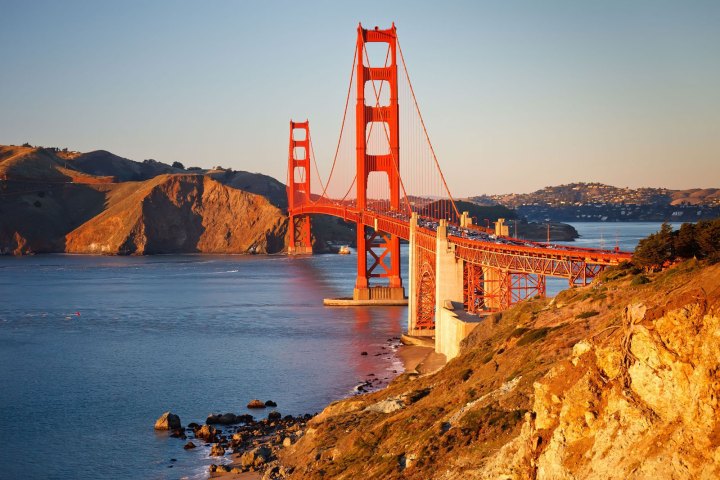 USA Travel Bucket List: Top 3 Things To Do in Every State