So you’ve spent a full, memorable day exploring Chicago—maybe you’ve wandered the Art Institute, ridden the Ferris wheel at the Navy Pier, caught a Cubs game, or indulged in some deep-dish. Time sure does fly when you’re having fun, and there’s so much to do in this town, you may find yourself surprised when the day has flown by. Suddenly it’s sunset, and you’re still eager to experience more of the Windy City. Thankfully, Chicago doesn’t slow down after dark. Whether you’re in the mood for Chicago nightlife, food, or local history, here are seven things to do when the sun goes down.

The Chicago Architecture Foundation offers one of the city’s best tours: a 90-minute cruise along the Chicago River, where you’ll learn everything there is to know about Chicago’s rapid rise from small town to thriving city—a history deeply tied to its architecture. You’ll be guided past more than 50 buildings as you relax aboard the luxe First Lady vessel, with upper open-air viewing decks and a full-service bar. Catch the twilight cruise at 7:30pm and watch the sun set over the city’s famous, twinkling skyline.

Millennium Park is the place to be during the summer for movies, concerts, and dance performances. The park hosts a dynamic lineup of acts, from local singer-songwriters to salsa. The Millennium Park Music Series runs this year from June 18th to August 16th, and as an added bonus, it’s completely free! It’s popular with locals, too: Chicagoans often come straight from work and grab a bite from one of the many food trucks for impromptu picnics.

The second-tallest building in North America is home to the highest observation deck in the country: the Willis Tower Skydeck. A 70-second elevator ride whisks you up to the 103rd floor of the Willis Tower, where the unbeatable views stretch into four neighboring states. It’s also one of the few Chicago attractions that’s open late; you can take in the sunset or the shimmering night views until 8 p.m. Plan to arrive about 30–45 minutes ahead of sunset, as it can get crowded.

If you’re stomach’s starting to growl, head over to this gem in the River North neighborhood. RPM has all the makings of a great, classic steakhouse—with a contemporary twist. The intimate interior is rich and colorful, with a sunken dining room and modern architectural elements. The menu features classic steak cuts as well as a wide selection of Wagyu, bison, and local grass-fed beef, and the innovative cocktail list can turn any meal into an occasion. Reservations are recommended.

Since it opened in 1959, Second City has been the place for improv in Chicago, with satirical skits that often focus on current events. The slew of Saturday Night Live stars and famous alumni that have graced the stage include Bill Murray, Steve Carell, Stephen Colbert, Tina Fey, and Amy Sedaris. Shows are still hosted nightly on the main stage and in the UP Comedy Club, and the sketch shows are particularly popular. Book tickets online in advance and catch the next great comedians before they’re famous.

If you’re in the mood for a more musical performance, consider grabbing a seat at The Green Mill, a veritable Chicago icon that has barely changed since Al Capone frequented its dimly lit booths. Believed to be the oldest continually running jazz club in the United States, the lounge has been home to greats through the decades and still hosts live music nightly. Settle into a booth and admire the walls covered in nostalgic decor. The bar is cash only; outside food is permitted.

For a taste of historic Chicago, go back in time at The Violet Hour speakeasy in the heart of Wicker Park. The James Beard Award-winning cocktail bar serves pre-Prohibition drinks in a swanky setting behind an unmarked door. It’s right across the street from the popular Big Star (look for a large black door that blends in with the wall). The elegant interior is matched by expertly mixed cocktails that play off classics like an old fashioned and the Sazerac, as well as the bar’s own creations. They don’t take reservations and there’s often a wait, but visiting on a weeknight ensures a quicker entry. 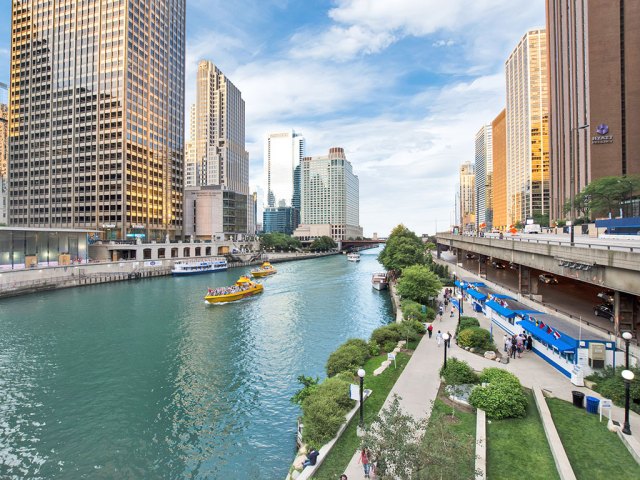 12 Unique Things to Do in Chicago 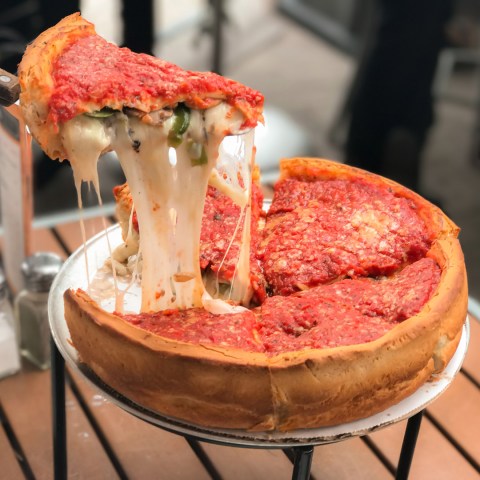 Deep-Dish Done Right: Cheese It Up in the Windy City