Shhh! Don’t tell too many people, but Maine gets fewer leaf peepers than other New England states, so roads are less congested and lodging and dining reservations are easier. But do plan in advance. For help in planning a trip leaf peeping in Maine, consult www.mainefoliage.com.

Leaf Peeping in Moosehead and the Kennebec River

Leaf peepers who make it as far north as Greenville are well rewarded. Plan a minimum of two nights, ideally three or longer, and spend one full day driving one of the state’s most spectacular foliage routes.

The Route: Loop from Greenville over to the Kennebec River and back on Routes 5 to Jackman, 201 south to Bingham, 16 east to Abbott, then 5 north to return to Greenville. You’ll parallel the shorelines of Moosehead Lake and the Moose River on the Moosehead Lake Scenic Byway before arriving in Rockwood. As you head south the views are spectacular along the Old Canada Road Scenic Byway. Dip into the Attean View rest area for views extending toward Canada. Need to stretch your legs? Consider the relatively easy hike to Moxie Falls. From here to Bingham, Route 201 can be truly spectacular, as it snakes along the Kennebec River.

Diversions: Cruise Moosehead Lake aboard the Kate, take a flightseeing tour or a moose safari, or drive to a remote sporting camp for lunch.

Leaf Peeping in Bethel and Rangeley

Combine New England’s trees with lakes and mountains and you have the best of nature’s palette. Divide your lodging between Bethel and Rangeley.

The Route: From Bethel, take Route 26 north to Errol, New Hampshire, then Route 16 north to Rangeley. Return via Route 17 south to Route 2 west. Heading north, you’ll cut through Grafton Notch State Park on the Grafton Notch Scenic Byway; the rest of the drive is speckled with mountains, lakes, and streams. Returning south from Rangeley, the Rangeley Lakes National Scenic Byway passes over Height of Land, providing dazzling views. The entire route is through prime moose country, so keep alert.

Diversions: Hike in Grafton Notch or Rangeley, paddle the Rangeley Lakes, or pan for gold in Coos Canyon.

Leaf Peeping in Acadia and Down East

To the magic foliage mix, add the ocean and top it off with wild blueberry barrens, which turn crimson in foliage season. Book lodging in the Schoodic region. 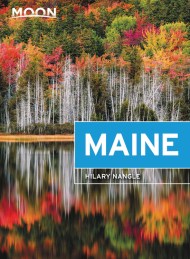 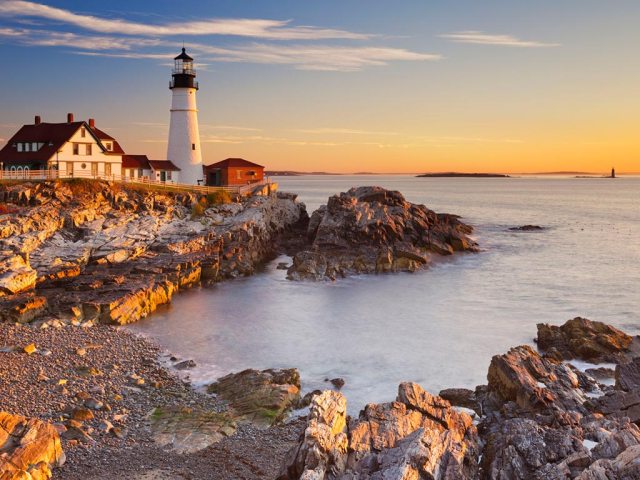 One Week in Maine: Lighthouses, Lobster, and L.L. Bean 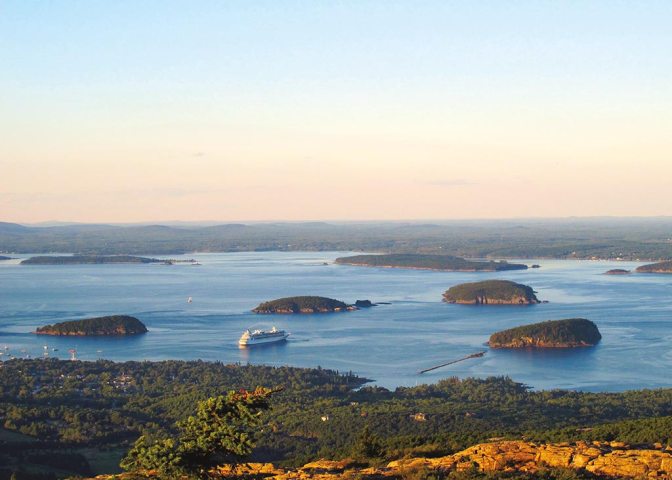 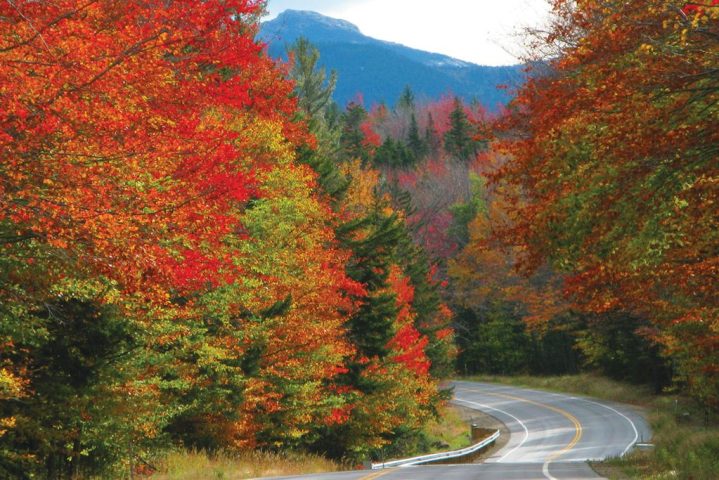