A sense of otherworldliness and of magic rises up from these hills like the mist that evokes the Smoky Mountains.

Maybe it’s the way the land is folded and rumpled like a quilt at the foot of the bed, or perhaps it’s some element of Cherokee mythology come to life. After all, this is the ancestral home of the Cherokee people and the present home of the Eastern Band of the Cherokee Indians; it’s possible that something in these hills and hollows remains, imprinted from their collective memories. In towns like Cherokee, the magic is thick, but it’s also present in Bryson City, throughout the Nantahala National Forest, and along Maggie Valley, calling to visitors and enchanting them year after year.

The town of Cherokee sits on the Qualla Boundary at the edge of Great Smoky Mountains National Park. Make no mistake, this isn’t a reservation; it’s ancestral Cherokee land. They’re quite proud of the small group of forefathers who refused relocation and the travesty of the Trail of Tears, choosing instead to hide in these hills, wage a guerilla war, and ultimately win the right to set up a Cherokee government.

Other towns here abut the national park or are just a few miles away, and the Cherokee influence is felt everywhere you go. An altogether lovely place, the mountains are tall, the roads winding, and the streams downright picturesque. It’s a place people are proud to call home, whether their family has been here for 10 years or 10,000. If you’re looking to explore the Great Smoky Mountains in North Carolina, here’s a look at the gateway towns and cities. For detailed info on each area including lodging, campsites, recreation and shops, see the “North Carolina Gateways” chapter of Moon Great Smoky Mountains National Park travel guide.

Maggie Valley is a vacation town from the bygone era of long family road trips in wood-paneled station wagons. Coming down the mountain toward Maggie Valley you’ll pass an overlook that, on a morning when the mountains around Soco Gap are ringed by fog, is surely one of the most beautiful vistas in the state.

Cherokee and the Qualla Boundary

The town of Cherokee is a study in juxtapositions: the cultural traditions of the Cherokee people, the region’s natural beauty, a 24-hour casino, and community-wide preparation for the future. Cherokee is the seat of government of the Eastern Band of the Cherokee, who have lived in these mountains for centuries. Today, their traditional arts and crafts, government, and cultural heritage are very much alive. The Qualla (“KWA-lah”) Boundary is not a reservation, but a large tract of land owned and governed by the Cherokee people. Institutions like the Museum of the Cherokee Indian and the Qualla Arts and Crafts Mutual provide a solid base for the Eastern Band’s cultural life.

As you drive around, take a look at the road signs: Below each English road name is that same name in Cherokee, a beautiful script created by Sequoyah, a 19th-century Cherokee silversmith. This language, once nearly extinct, is taught to the community’s youth and there is a Cherokee language immersion school on the Qualla Boundary. However, this doesn’t mean the language is not in danger; few Cherokee people speak it fluently.

The main street in Cherokee is a classic cheesy tourist district where you’ll find “Indian” souvenirs—factory-made moccasins, plastic tomahawks, peace pipes, and faux bearskins. In a retro way, this part of Cherokee, with its predictable trinket shops and fudgeries, is charming; check out the garish 1950s motel signs with comic-book caricatures outlined in neon, blinking in the night.

Aside from its proximity to Great Smoky Mountains National Park and the Blue Ridge Parkway, the biggest draw in town is Harrah’s Cherokee Casino, one of the largest casino-hotels in the state and home to a world-class spa. The 24-hour entertainment opportunities attract visitors from far and wide, some of whom stay on the property the whole time, while others take a break from the slap of cards and the flash of slot machines to experience the natural and cultural wonders of Cherokee.

Take everything you see—the casino, the tacky tourist shops, and the stereotyping signs—with a grain of salt, as they don’t represent the true nature of the Cherokee people and their long history.

Bryson City and the Nantahala Forest

To look at the mountains here, you’d think that the defining feature in this part of North Carolina would be the surrounding peaks, but that is only half right. This is a land dominated by water. Smoke-thick fog crowds valleys in the predawn hours. The peaks stand ringed in clouds. Moss, ferns, and dense forests crowd the edges of rivers and streams. All of it—the mountains, the mist, the ferns, the fog—makes it feel like you’ve stepped into a fairy tale when you’re in the Nantahala Gorge. According to Cherokee stories, a formidable witch called Spearfinger lived here, as did a monstrous snake and even an inchworm so large it could span the gorge.

The Nantahala River runs through the narrow gorge, attracting white-water enthusiasts to the rapids. Nearby Bryson City is a river town whose proximity to the cataracts makes it a favorite haunt for rafters, kayakers, and other white-water thrill seekers. If you approach Bryson City from the north on US-19, you’re in for a strange sight: The banks of the Tuckasegee River are shored up with crushed cars.

Robinsville and the Valley Towns

The whole southwestern corner of North Carolina is rich with Cherokee history and culture, and the Robbinsville area has some of the deepest roots of great significance to the Cherokee people. In little towns and crossroads a few miles outside Robbinsville, several hundred people known as the Snowbird community keep alive some of the oldest Cherokee ways. The Cherokee language is spoken here, and it’s a place where some of the Eastern Band’s most admired basket makers, potters, and other artists continue to make and teach their ancient arts. If you’re visiting and want to enjoy an adult beverage, you’d better bring your own, as Graham County is North Carolina’s one and only dry county.

Between Hayesville and Brasstown, you can get a really good sense of the art that has come out of this region over the years. These three small towns are along the Georgia border on US-64.

Asheville’s proximity to Great Smoky Mountains National Park (it’s a little more than an hour to the south and west) makes it a convenient travel hub. Use Asheville as a starting or ending point, or as a base of operations. The city also offers diverse dining and lodging options. 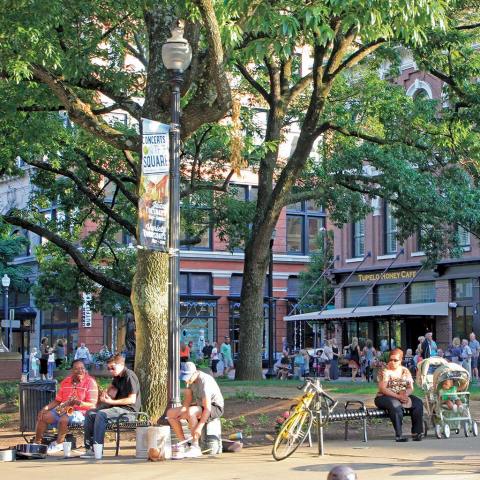 Places to Stay Near Great Smoky Mountains in Tennessee 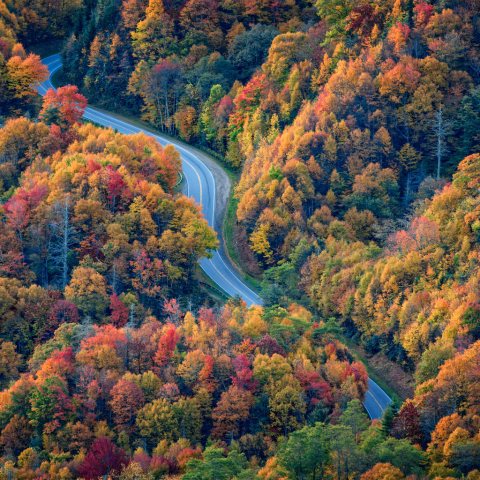 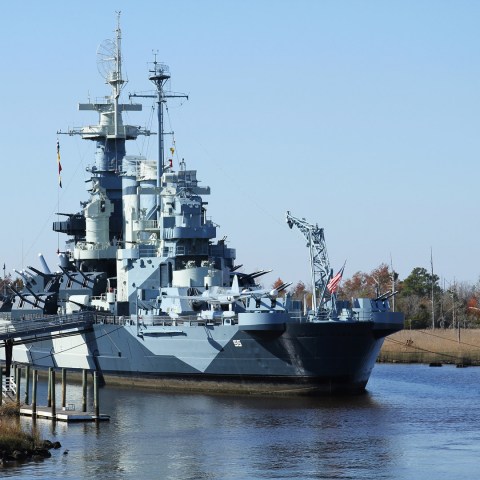 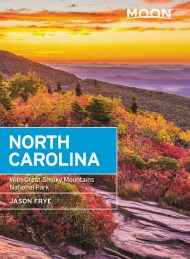