The best known of the Acadia region’s coastal beacons is Bass Harbor Head Light, part of Acadia National Park. Perched high on a promontory overlooking the entrance to Bass Harbor, it flashes a distinctive red beacon, automated since 1974. To visit the light, take Route 102 to the bottom (southern end) of Mount Desert Island, then take Route 102A and watch for signs. The setting is spectacular, and the grounds are accessible during daylight hours. The house is government property, occupied by the Southwest Harbor Coast Guard commander. Be sure to descend the stairs toward the shore and view the 26-foot tower upward from below.

Roughly from north to south (strictly speaking, though, it’s east to west), here are the other still-operating lighthouses in the Acadia region. All are automated; most are accessible only by boat. None of the light towers are accessible to the public. Four lights in this area—Winter Harbor, Blue Hill, Dyce’s Head, and Pumpkin Island—are no longer used as navigational beacons, although their towers still stand.

On a clear day, you can spot Petit Manan Light from the tip of Petit Manan Point, on the mainland Petit Manan section of the Maine Coastal Islands National Wildlife Refuge. Built in 1817 and rebuilt in 1855, it rises 119 feet from its base. It’s located 3.5 miles offshore, directly south of Milbridge. Some excursion boats cruise by the island, which is also home to puffins.

Prospect Harbor Light, established in 1850, rebuilt in 1891, and automated in 1951, sits on the tip of Prospect Point. It can be viewed across the harbor from Route 186, or you can drive to the gate for a closer look.

Clearly visible (on a clear day, that is) from Acadia’s Park Loop Road, Egg Rock Light was built in 1875 on bleak, barren Egg Rock, protecting the entrance to Frenchman Bay. The squat, square keeper’s house, topped by a square light tower, resembles no other Maine lighthouse. The light, now under the aegis of the Maine Coastal Islands National Wildlife Refuge, was automated in 1976.

The Cranberry Isles mail boat out of Northeast Harbor passes dramatically located Bear Island Light on its daily rounds. Located on Acadia National Park land at the entrance to Northeast Harbor, the light tower and its keeper’s house are privately leased in exchange for upkeep. There’s no public access to the island. The automated light has been a privately maintained navigational aid since 1989. The present tower was built in 1889.

Baker Island Light, built in 1828 during John Quincy Adams’s presidency and rebuilt in 1855, is accessible only by boat, and then via a boardwalk. The brick tower rises 43 feet. Most of the 123-acre island, one of the five Cranberry Isles, is part of Acadia National Park. Charles W. Eliot, president of Harvard University 1869-1909 and one of the prime movers behind the establishment of the park, shone a small spotlight on Baker Island when he published a sympathetic short memoir of a 19th-century Baker Island farmer and fisherman. Entitled John Gilley, One of the Forgotten Millions, and reprinted in 1989 by Bar Harbor’s Acadia Press, it’s a must-read—a poignant story of a hardscrabble pioneering life.

Eleven miles out to sea from Bar Harbor, Great Duck Island Light stands on a 12-acre parcel owned by the College of the Atlantic in Bar Harbor. As the solar-powered Alice Eno Biological Station, it serves as a year-round site for the college’s ecology researchers. The rest of the island is owned by The Nature Conservancy, which has estimated that Great Duck sustains about 20 percent of the state’s nesting seabirds. In 2002, some 1,000 pairs of herring gulls nested here; others include Leach’s storm petrels, black-backed gulls, and black guillemots. The 42-foot granite-and-brick light tower, built in 1890, was automated in 1986. The light is visible only from private boats, and there’s no island access.

The College of the Atlantic also conducts research on the minuscule, barren, remote island surrounding Mount Desert Rock Light, built in 1847. The college’s Allied Whale program’s Edward McBlair Marine Research Station is based in the keeper’s house and monitors the movements of finback and humpback whales. The tower rises 68 feet; the automated light is solar-powered. Mount Desert Rock is also an automated National Oceanic and Atmospheric Administration weather station, cited daily in marine weather reports. There’s no public access to the island, but whale-watching boats out of Bar Harbor frequently head this way.

Built in 1872, Burnt Coat Harbor Light, also called Hockamock Head Light, with a distinctive square white tower, protects the entrance to Burnt Coat Harbor on Swans Island, accessible via the Maine State Ferry Service from Bass Harbor on Mount Desert Island. The town-owned light is about five miles from the ferry landing, so a bike comes in handy. Bring a picnic and enjoy it on the lighthouse grounds, with a fabulous view.

Isle au Haut Light, also known as Robinson Point Light, built in 1907, overlooks the Isle au Haut Thoroughfare. Access to the island is only by ferry or private boat. The tower itself, not open to the public, is owned by the town of Isle au Haut; the keeper’s house is an inn, open to guests.

Looking rather lonely without a keeper’s house, Mark Island Light, also known as Deer Island Thoroughfare Light, was built in 1857; the light keeper’s house burned in 1959. All that remain are the 25-foot square tower and a tiny attached shed. Deer Isle’s Island Heritage Trust owns the island, which is accessible only by boat—but not during seabird nesting season (Apr.-Aug.).

Another light station without a keeper’s house (it was intentionally burned down in 1963) is Eagle Island Light, in East Penobscot Bay, west of the Deer Isle village of Sunset. Built in 1858, it has a 30-foot granite tower. Plans are in the works to deactivate the light. Access is only by boat. 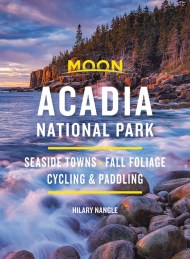 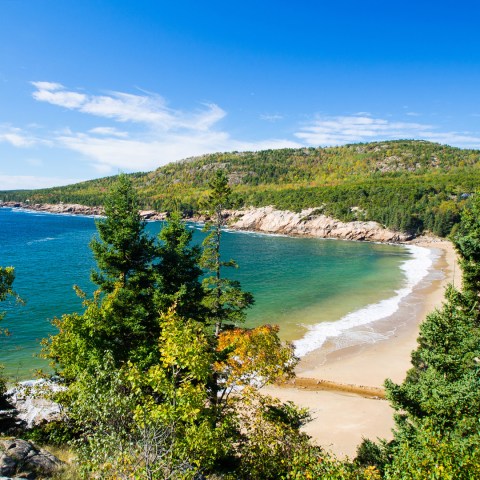 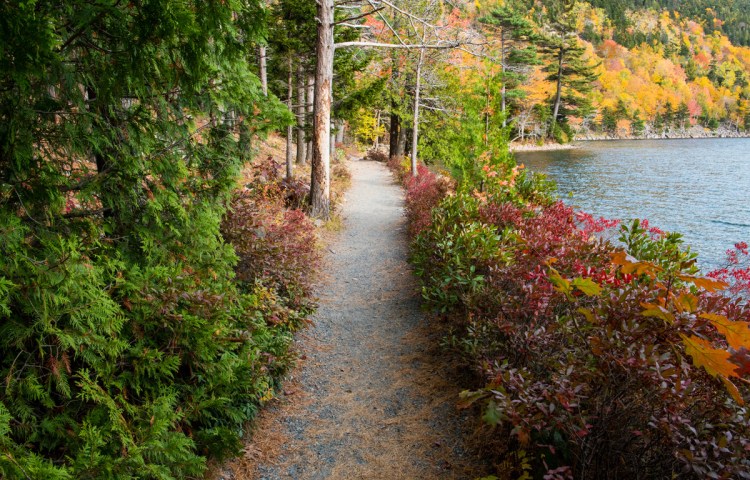 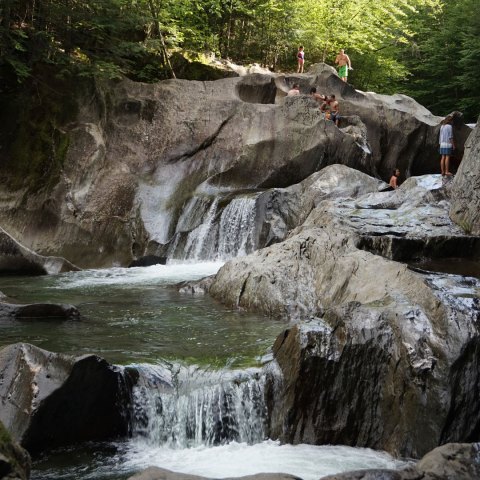 About Moon Travel Guides: Moon was founded in 1973 to empower independent, active, and conscious travel. We prioritize local businesses, outdoor recreation, and traveling strategically and sustainably. Moon Travel Guides are written by local, expert authors with great stories to tell—and they can't wait to share their favorite places with you.