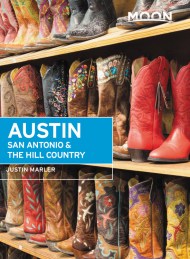 Embrace your inner cowboy and discover the heart of the Lone Star State with Moon Austin, San Antonio & the Hill Country. Inside you'll find:Flexible…