Winter sets in to Japan from mid-December and lasts through mid-March, with temperatures hitting 2-12°C/36-54°F in Tokyo. From hitting the slopes and celebrating epic festivals to relaxing in onsen, here are the best things to do in Japan in winter.

In winter, Japan’s legendary powder means great skiing and snowboarding opportunities abound. Here are some of the top spots to go downhill:

The best places to ski in Hokkaido, Niseko’s four resorts are a known quantity among devoted powder hounds worldwide.

By far the most effective way to make the most of a trip to Niseko is by shelling out the yen required for a pass coined Niseko United (8am-8:30pm late-Nov.-Apr.; ¥6,300 8 hours, ¥7,400 full day), which allows you to access the runs connected to four resorts at the foot of the mountain. Moving clockwise southward around the mountain, these resort areas include Niseko Hanazono, Grand Hirafu, Niseko Village, and Niseko Annupuri.

Among these four resort areas, Hirafu is by far the biggest and most popular. Food and nightlife options abound, and English is readily spoken. Hanazono is an extension of Hirafu on the eastern side of the mountain. Slightly upscale Niseko Village is the second largest, with a few large resort hotels and some of the steepest runs, but it has only a smattering of restaurants and bars. Annupuri is low-key, has less crowded (and less steep) runs and only a handful of guesthouses for accommodation. There is another fifth resort west of Annupuri called Moiwa, which is much less crowded because it is not covered by the United Niseko pass. Moiwa is an attractive option for beginners, as its runs are much less intense.

Though Niseko is Hokkaido’s crown jewel for skiers, there are several other less crowded options, along with one practically within Sapporo’s city limits: Rusutsu Resort, Furano Ski Area, and Sapporo Teine.

One of the best places to ski in Japan, the Zaō Onsen Ski Resort (¥3,000-5,000 one-day lift ticket (price varies by season)) is famed for its juhyo, trees encased in ice and snow that are known as “snow monsters.” At the upper reaches of this ski resort, you can ski and snowboard past these “beasts,” which often seem to take on lives of their own. The best time to see them is mid-February through early-March, when things are fully frozen. The snow here is soft, deep, and powdery, making it optimum for skiers. Snowboarders also flock to the resort, but there are many places where the runs temporarily plateau, which can be a tad frustrating for those on boards.

Starting from the top of the resort, the run down the mountain is 10 km (6 mi) long. More than 30 ski lifts, as well as a series of gondolas and ropeways, help people move between runs, which include a large number of beginner and intermediate courses, as well as a few daunting runs for those who are more experienced. Stunning vistas of Yamagata’s surrounding mountains, extending in every direction, enhance the experience, as does the proximity to Zaō Onsen near the bottom of the ski area.

Just the mention of skiing destinations like Nagano Prefecture conjures up images of world-class ski resorts, such as those that hosted the Winter Olympics. Listed here are some of the area’s best ski resorts.

These ski slopes (7653 Toyosato, Nozawaonsen-mura, Shimotakai-gun; 8:30am-4:30pm Dec.-Apr.; 1-day lift ticket ¥4,800 adults, ¥2,200 children under 15, ¥3,700 seniors over 60) are a great alternative to the runs in the region’s more widely known resorts. The legendary soft snow and ample onsen make it a wonderful place for powder lovers to get their fix and rest their weary bones. There are 21 lifts and runs catering to all ability levels. There’s also a half-pipe if you’re partial to a snowboard. Ample English-language information in print and on boards around town make your visit easier.

While every season brings new and exciting festivals, Japan’s winter celebrations are particularly fun. Here are the ones you won’t want to miss:

In Japan it’s believed that the ages of 25 and 42 are unlucky for men. Since 1863, locals of the small village of Nozawa Onsen have been fending off evil spirits and asking for the growth and health of all first-born sons in incendiary fashion. Considered one of Japan’s top three fire festivals, the proceedings in Nozawa Onsen resemble all-out war.

Every January 15, the 25- and 42-year-old men of the town fight with the rest of the village men in a literal flame battle. First, some 100 villagers build a towering wooden shrine, which, after being blessed by a Shinto priest, is defended at its base by the 25-year-olds, while the 42-year-olds guard the top. Ultimately, the fire wins out and the structure is consumed in a blazing inferno. Bad luck purged, the village returns to its sleepy status quo. The festival has become a popular spectacle, so book accommodations a few months ahead.
Nozawa Onsen; Jan. 15; free

During the Sapporo Snow Festival, intricate, sometimes towering sculptures made from snow and ice populate Sapporo’s Ōdōri Kōen, the streets of Susukino, and Tsudome, a large event space on the outskirts of the city. Teams from around the globe come to try their hands at creating elemental effigies of characters and entities ranging from outsized anime characters and fish to dragons and mermaids.

If you show up during the first week of the festival, before the Susukino and Ōdōri Kōen sites open, you can watch artists dressed like construction workers wield industrial-grade saws, hammers, and chisels, which they use to chip away ice and hammer out minute details in nimbly poised mermaids and skulking tigers. Pop idols perform for massive crowds on stages made of piled-up snow. Vendors sell roast corn, potatoes drenched in butter, sausages, beer, and hot cocoa, as well as a sampling of regional specialties from around Japan. Crowds gleefully mill about the city or sit under large outdoor heaters, contentedly nursing hot wine in routinely below-freezing temperatures. Snowboarders do competitive jumps from a massive snow ramp built in the center of Ōdōri Kōen. There are snow slides with rentable sleds and small ice-skating rinks too.

Given the large crowds—a few million come each year—nightlife gets rowdy, which is a good or bad thing, depending on your perspective. Given the festival’s wild popularity, it’s wise to book accommodation at least three months in advance if you plan to make the trip.
early Feb.; free

In an event that is locally known as the Hirosaki Yuki-doro Matsuri, the town’s denizens make good use of the heavy dump of snow their town receives each winter. In early February, the town builds some 200 hundred lanterns and 300 tiny igloos, illuminated from within by candlelight, from snow throughout the park surrounding Hirosaki Castle. It’s hard to deny the magic of the wintery scene.
Hirosaki-kōen; 9am-9pm, illumination from 4:30pm, second Fri. of Feb. through following Mon.; free

Similar to Sapporo, the town has a magic of its own in winter, when candles softly flicker within lanterns made from snow, lining the town’s famed canal and tucked into various nooks and crannies around the city. All told, some 100,000 candles are lit in Otaru during this festival. It’s an intimate, laid-back alternative to Sapporo’s jam-packed snow festival.
Otaru canal, various other locations around town; 5pm-9pm daily for 10 days in mid-Feb.; free

Soak in a Hot Spring (Onsen)

What could be better in winter than a steaming soak in a hot spring? Here are some of Japan’s top onsen:

Tucked away deep in the mountains east of the town of Takayama, this onsen area is famed for its co-ed bath, Shin- Hotaka-no-yu, set beside a river and surrounded by mountains swathed in forest.

This quintessential onsen village beside the Sea of Japan is about 2.5 hours north of Kyoto by train. Don a yukata (lightweight kimono) and geta (wooden clogs), and bath-hop your way around the picturesque town.

Escape from the modern world at this remote jewel in the depths of Tohoku. Famed for its milky-white pool and old-school mixed bathing. This is my personal favorite.

This fabled onsen in Shikoku’s Matsuyama inspired filmmaker Hayao Miyazaki, who is said to have drawn inspiration from the Dōgo Onsen Honkan for the ethereal bathhouse in his animated masterpiece Spirited Away.

Located north of the vast caldera of Aso-san, this idyllic onsen village sits in a remote valley in the heart of Kyūshū; its well-preserved atmosphere makes it among one of Japan’s prettiest onsen towns. 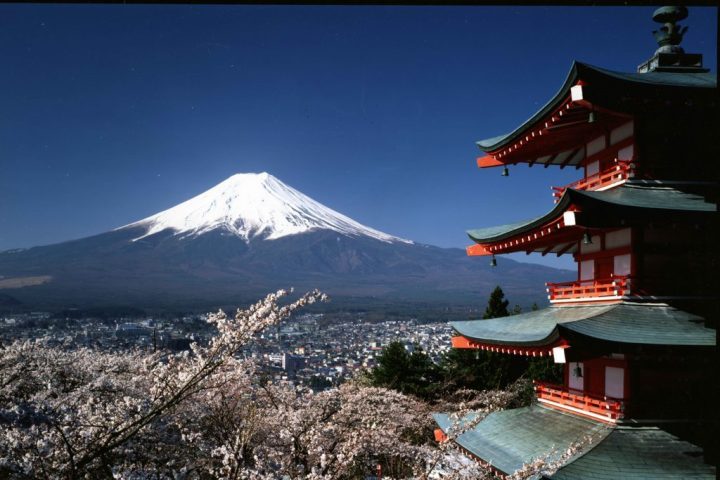 Pit it for Later