Following the lure of a big strike, miners, gamblers, and entrepreneurs have been betting big on Nevada for 175 years. More than 100 ghost towns testify to the Silver State’s boom-and-bust cycles. A few of these towns were mere flashes in the pan, burning brightly for only a few years before the silver played out. Others prospered for decades before finally petering out. Here are the 7 best Nevada ghost towns to visit.

One of only a few “ghost cities,” Rhyolite, near Beatty and Death Valley, was once the center of a prosperous and rough-and-tumble silver mining operation and at one time boasted a population of more than 10,000. In addition to the famous Bottle House, with 50,000 barroom empties encrusting the walls, the ruins of several other buildings fitting such a metropolis still stand, including the three-story concrete bank, the jail, and the train depot.

About 65 miles north of Beatty, the Gold Point ghost town still breathes, thanks to its seven residents and a collection of old miners’ shacks that accommodate visitors who want an authentic taste of Comstock-era digs ($110-180). With each booking, the proprietors promise breakfast, first night’s dinner, a tour of the town and makeshift museum, saloon games (including pool on a 1909 Brunswick table), VCR(!) movies, access to rich fossil beds, and more. A big portion of the rate is reinvested in preserving the town’s structures. Sewer, power, and water hookups come with each of the 10 RV spaces in town ($15). To get there, head north on US 95, then turn left to head west on NV 266, then take a slight left to continue south on NV 774.

Though it meted out its last justice in 1905, the imposing Belmont Courthouse (775/867-3001, call to arrange a tour) still holds an air of judicial authority. While the ruins, including the bank’s brick facade and stone walls, the mill smokestack, and the Belmont Inn and Saloon, are picturesque, tramping in, around, and through them is trespassing. The town’s only paid employee is a caretaker, who will no doubt check you out in his four-wheel-drive vehicle.

Shortly after Belmont’s mines played out, the focus of mining operations shifted to Manhattan, 50 miles north, where photo-worthy structures include the Sacred Heart Mission. The Manhattan Bar & Motel (19 Main St., 775/487-2304, $50-70) has been updated since pioneer days but still stands ready with cold beer and comfortable beds.

This classic boomtown was founded in 1897, reached its peak in 1905, and was abandoned by 1914. It’s the best-preserved mining town in Nevada, and Berlin’s structures—the shell of its 30-stamp mill, the machine shop, a stagecoach station, etc.—beg to have their pictures taken. It has been a state park since 1955. Today, Berlin is preserved in a state of arrested decay.

Unsuccessful miner Mark Twain left town before Unionville boomed from 1865 to 1880, but the remnants of his vandalized cabin are still here. Some 1,500 people settled here during the town’s heyday, leaving behind a well-preserved classic one-room schoolhouse (central pot-bellied stove and student desks intact), a few cabins, and other structures. Visitors can set up a base at Old Pioneer Garden Bed & Breakfast, the only commercial operation in town, and relax in Unionville’s tranquil, scenic canyon locale, taking advantage of the hiking, hunting, and fishing spots nearby.

In the state’s remote northeast corner is the site of one of America’s last gold rushes (1929). The robber murdered the stage driver, and the villain’s jail cell still stands in Jarbidge, only 10 miles from the Idaho line. Built in 1911, the jail houses the preserved cell once occupied by Ben Kuhl, the “mastermind” behind the country’s last stage robbery (1916). Prosecutors won conviction in part because of a bloody palm print Kuhl left on a piece of mail during the holdup and stage driver’s murder. It was the first instance in the United States in which fingerprint evidence was admitted in court. Other preserved buildings in town include prostitutes’ cribs, miners’ cabins, and the community center, circa 1910, which serves as an impromptu museum. Jarbidge is still home to a score of hardy souls. 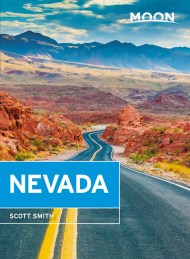 Whether you’re an adventure junkie, road-tripper, or card shark, Nevada has something for you.