Colorado-based travel writers Liza Prado and Gary Chandler are veteran Moon Travel Guides authors who have been collaborating on guidebooks to Mexico, the Caribbean, and the Americas since they took their first assignment together in 2002. Parents to an 8- and 11-year-old who often join them on research trips, Liza and Gary’s work-life partnership is something unusual—and unusually cool—in the travel writing world.

Here, the authors of Moon Cancún & Cozumel and Moon Yucatán Peninsula explain how they divvy up guidebook research, share what they love about Mexico’s Caribbean coast, and tell me about the “one job that changed everything.”

Let’s talk about how you got started. What was your first travel writing gig?

Gary: I started shortly after college. I studied Spanish, and I studied writing, and I had friends who were editors at Fodor’s and Lonely Planet and the Berkeley guides. They were all based in the Bay Area and I was at Cal, so I’d always tell them, “Look, if you ever need anybody, just call me up…” and eventually one of them did. There was a last-minute opening for a job in Guatemala, and that turned into several other assignments, mostly in Central America.

I did it for about three years, and I was thinking about quitting—in part because I found it lonely to always be on the road. And that was the moment I met Liza.

Liza: I was working as a corporate lawyer in San Francisco at the time. A year or two later, I decided I wanted to live in Mexico. I’m Mexican American, and I have spent a lot of time and have a lot of family in Mexico. I spent many, many summers in Mexico while I was growing up.

I thought I would move to Mexico City because there are so many corporations there and I’d be sure to get a job as an in-house counsel. I moved down there, and Gary joined me. We were between jobs so we started to backpack around southern and southeastern Mexico. That was 2002. In the middle of that trip, Gary got an email that they were looking for two writers to take over a Yucatán Peninsula guidebook.

Gary asked me if I was interested. Everyone talks about travel writing being the best job ever, so I said, sure, I’d try it. That one job changed everything. I never went back to practicing law. I became a full-time travel writer. I walked through a door and just kept going.

Gary: I was interested in travel writing if we could do it together, because that solved one of my main problems with the job—that it was lonely. We worked totally full-time for ten years. We didn’t have an apartment. The car was in storage. We would pitch and take assignments as a team.

As a guidebook writer myself, I’m wondering about the nuts and bolts. How do you work and make decisions together about what will be included in a guidebook?

Liza: We pretty much split up the work. Let’s take Cancún for instance. I’ll do all the hotels and Gary will do all the restaurants. That way when we’re making those top picks and those best lists, you don’t have to confer—it’s your best. You can take it all on and own the material.

Gary: We kind of have to operate as one person because our salary is no different than a single person. So we try to move twice as fast. It’s nice to have another person’s input, but we usually just cover our own areas.

Things that we both really love, like visiting Maya ruins or going on certain tours or going diving, we do together because we just couldn’t stand it if we didn’t. But most of the nuts and bolts we do separately.

We do read each other’s work, though. Our partnership is really effective in that I think we both make each other a better writer.

Liza: Gary is good at the evocative writing. I’m better at the quick-and-dirty, “you’ve got 50 words so just get to the essence of what you’re trying to say.” That works really well for us.

Can you give me a little chronology? When did this all kick off?

Gary: Before we started working together, we were living in Guadalajara. We got married in Guadalajara. So that was our base. We would do back-to-back assignments. We would have periods being back in the States, mostly in Oakland. And now we’re in Denver.

Liza: We lived in Cancún for a month, Playa for a month, Mérida for a month. And when we had kids we moved back to Denver, in 2009. For one year, we lived in San Cristóbal de las Casas while we were working on a Chiapas book for Moon. Our daughter was a year and a half. We thought, it’s too hard to do it from Oakland, so let’s put everything in storage and move down there for a year. And it was awesome!

You’ve been covering the Yucatán Peninsula for more than 15 years. The region has changed a lot during that time. How do you approach that?

Liza: Every place that I’ve covered, I’ve always experienced it like it’s a person. Every time I go back, it’s like seeing how this person’s grown. Where is it in its life cycle right now? I expect to see the change—if I don’t see a change, I’d think, what’s wrong? Just like a person.

Gary: We always try to focus on what makes this place great now. I hate it when people say, “This place is great but you really should have been here 20 years ago.” It’s taking away from my trip.

Obviously, you’re going to talk about changes and the impact that they have, whether that’s traffic or ecology or prices. You can’t help but talk about the trajectory of a place, but we’ve always tried to say, what’s great? If you were here for the first time, what would be great? I think that’s how we keep it fresh and not let the changes be overwhelming or overly negative.

What do you love the most about the region?

Liza: What I love about the region is how varied it is. You have the Caribbean beaches, and then you have the Maya ruins, and the colonial towns, the fauna, the flamingos. It’s a birder’s paradise even beyond the flamingos. Then you’ve got the howler monkeys and the spider monkeys. There’s everything under the water, the coral reef and the whale sharks. And then you have big cities and the Maya villages, 25 minutes away from each other. It’s so diverse and it’s so rich.

Gary: It’s all very accessible. The distances aren’t very far. You can go to Cancún and spend a few days at the beach at the beginning and end of your trip. But then you can rent a car and go to the Maya ruins or these amazing cenotes or you’re in a town in like Valladolid or Mérida, which are these amazing colonial towns.

For Americans it’s so close! It’s easier and cheaper to get to Cancún than many parts of our own country. There’s still this perception of Cancún as only Spring Break, parties, and all-inclusive resorts—which we think are awesome! We’re totally in support of those things too.

But there are people who’ve been to Cancún many times and never realized it’s so easy to get to amazing, blow-your-mind sort of places. It’s cool to see people’s eyes be opened to that.

So if you were going to go down and not write a guidebook, what would you do just for fun? No work! Just fun.
Liza: The first thing I thought was: Maya ruins. Going to the more off-the-beaten-path tiny ones that we don’t always cover in the book.

Gary: They discover more and more of them every year.

Liza: Going to those ancient cities and imagining all the people who lived there, and what their lives were like. They’re still standing, these palaces and administrative buildings and markets. I love how it transports me, walking through these sites. Sometimes I’m the only person there, especially in these harder-to-get-to-places, like Calakmul in southern Campeche—it’s just gigantic. I was there just a few months ago, and I was the only person there, climbing these massive pyramids. I was there toward sunset and the howler monkeys were calling out to each other. To me, that is magical. It’s like being in two places at once.

Gary: I can answer this question ten different ways. One thing that I really like is the opening of the cenotes. There are literally tens of thousands of cenotes across the peninsula, and they used to be, for the most part, inaccessible. But now there are cenotes of all different sizes, some are just advertised on the side of the road or a place that the local village has used as a swimming hole for generations. And you can cenote hop—that is a really cool way to spend a day. That can be just outside of Cancún or way out in Campeche state, all over the peninsula.

Your cenote coverage is really good!

Liza: That goes back to having so much experience in the region. It gives you the freedom to check out new places, or to ask your contacts, “Hey, what’s new? Is there a new cenote I should know about?” And they say, yeah, and they’ll draw a map, with markers like, go to the telephone pole that’s half way down the road…

Gary: It’s amazing that in a place as developed as the Yucatán you can still have those experiences.

This interview has been edited and condensed. 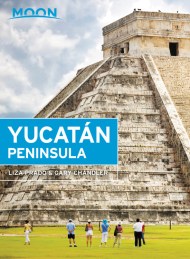 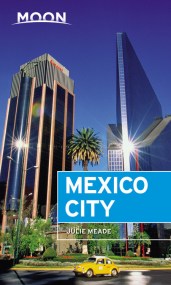