During its heyday, gas stations, motor courts, and diners dished out hospitality to thousands, from Great Depression and Dust Bowl escapees to postwar suburbanites in Airstream trailers. Though much of the myth surrounding Route 66 has been an ideation of the past, underneath this nostalgia the Mother Road’s asphalt curves have been shaped by progress, gender, and race. Carved within the grooves of this fabled highway is a troubled social history lined with abandoned buildings, dusty trailer parks, and rusted oil refineries that bear witness to the legacy of the Interstate as it bypassed towns and people. Threaded throughout are the stories of the earlier times of the route—of the Trail of Tears and of the Green Book properties during the Jim Crow era.

These bumps, bruises, and battle scars shape the Mother Road’s cycle of triumph, redemption, and survival. Laid out around every bend of this beloved and timeworn trip are sights and experiences that speak to the spirit and stamina of Route 66. Historic Harvey Houses still service road-weary travelers, diners that have been run by the same family for generations open their doors, and art deco buildings sit restored to their vintage shine. This layered patina of roadside history retains the tenor of a bygone era—it’s visible on paint-chipped signs, weather-beaten barn-side advertisements, and cracked neon bulbs. As Leonard Cohen sings “There’s a crack in everything, that’s how the light gets in.”

Crack open the car, hit the road, and let the light in. You’ll rediscover America like never before.

Route 66 was born on November 11, 1926, right before the Great Depression and the Dust Bowl. At the time, only 800 miles of the 2,448-mile road was paved. The remaining 1,500 miles comprised gravel, bricks, graded dirt, and wood planks. It took 11 more years before the entire road was paved—and it couldn’t happen quickly enough. In 1921, there were approximately 9 million cars on the road; by 1929, there were more than 26 million—an estimated one car for every four people in the United States.

During the 1920s and 1930s, Route 66’s diagonal trajectory across the country offered quick access to California, like a shortcut to freedom. Route 66 quickly became a “road of dreams” and symbolized a pathway to easier times. Gas stations, motor courts, and diners dished out hospitality to thousands of emigrants, and with few resources and a little hope they motored west in search of a better life.

In the 1940s, the asphalt was thickened along parts of Route 66 in Illinois and Missouri to handle military convoys during World War II. During postwar times, vacationers cruised kitschy tepee motels, trading posts, and Wild West theme parks.

In 1959, Eisenhower’s Federal Highway Act changed everything. The bigger, faster four-lane interstate highway system bypassed Route 66 and marked the beginning of its demise. In 1985, Route 66 was decommissioned. Businesses closed and towns were abandoned. The Mother Road could have become a forgotten footnote—but the spirit of Route 66 lives on. Life is percolating once again on this beloved highway as revitalization projects, like the National Park Service Route 66 Corridor Preservation Program, breathe new life into historic Route 66.

When to Take a Route 66 Road Trip

The best time to take a Route 66 road trip is from late spring to early summer and in the early fall. The weather is usually temperate and roads are open, as are most Route 66 businesses.

Avoid travel during August, when the temperatures can reach more than 100 degrees in Texas, Arizona, New Mexico, and the California desert. Though it’s a dry heat in those states, Illinois, Missouri, and Kansas can be oppressively muggy.

July through early September is the monsoon season in New Mexico, Arizona, and California. Every afternoon the sky opens up and pours rain—then just as quickly, the storm disappears. Some storms can be quite spectacular with thunder and lightning, but flash flooding can be deadly and some roads can become flooded and impassible. You may have to modify your schedule if you plan to hike or be outdoors.

Winter should be avoided altogether. This Route 66 road trip starts in Chicago, which is notorious for cold and brutal winters. Even the western leg of Route 66 is still subject to inclement weather. (Driving this trip in late October, I found Oklahoma windier and colder than Chicago.) From November to March, mountain passes through New Mexico and Arizona (near Flagstaff) may be closed due to snow and ice. Many Route 66 businesses close for the season from October to April. 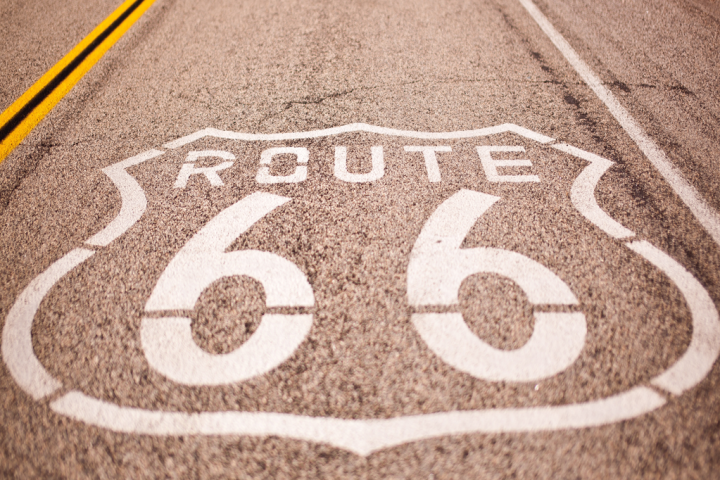 Quiz: Which Woman of Route 66 Are You? 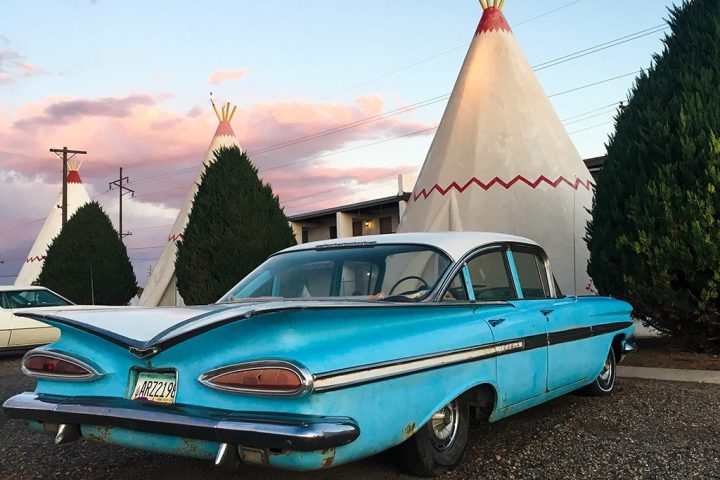 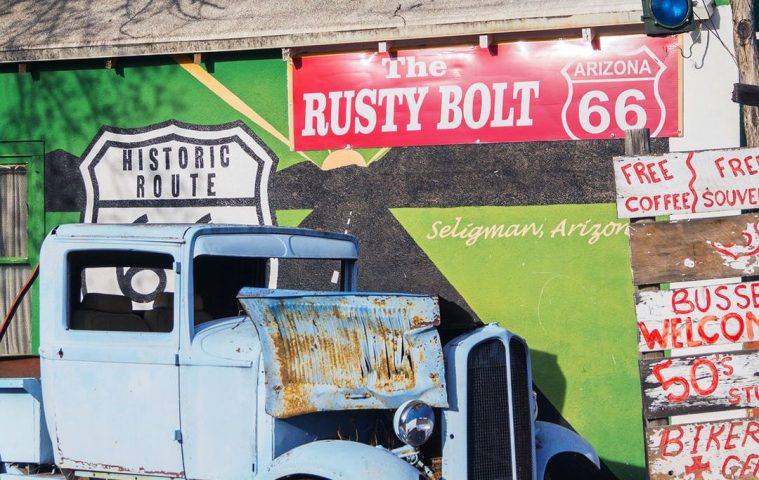 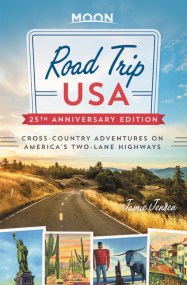