Thanks to its remarkable diversity of landscapes and a long and varied geologic history, Colorado is one of the best places in the country for amateur gold, gem, and mineral collecting. Regardless of whether you strike it rich, hunting for treasures is a fun excuse to get outdoors and enjoy some of the Centennial State’s most spectacular scenery. Late summer and autumn, when the mountains are carpeted with golden aspen trees and the highest peaks are dusted with snow, are the most ideal seasons for prospecting. A good guidebook, such as William Kappele’s recently updated Rockhounding Colorado, is indispensable, as is your trusty rock hammer. Before you head out, be sure to read up on prospecting laws and make certain that you don’t collect on private land, which is illegal. Below are a few of Colorado’s richest rockhounding sites to get you started.

Located southwest of Buena Vista and high above the Arkansas River Valley, Mount Antero is part of central Colorado’s pegmatite belt, where veins of exceptionally coarse rocks contain large concentrations of rare minerals. The collecting site, which is just below the mountain’s 14,269-foot-high summit, is the continent’s highest gemstone locale. It’s renowned for large smoky quartz crystals (up to 50 pounds!), phenakite, and brilliant blue beryl crystals that (thanks to their color) are also called aquamarine.

One of the best spots to try your luck searching for gold is in the chilly waters of the South Platte River’s Middle Fork near the town of Fairplay. Founded in 1859 after placer gold was discovered nearby, the town is nestled in a high-elevation valley between two spectacular mountain ranges. After obtaining a permit (PDF), you can pan or sluice along the creek at the town’s “beach” and, if you’re fortunate, find a few flakes to take back home.

Florissant Fossil Quarry is a privately-owned quarry located an hour’s drive west of Colorado Springs. Visitors have the opportunity to split open chunks of shale to search for fossils of the more than 1,700 species of plants and animals that were entombed in the muddy bottom of a lake that covered this area 34 million years ago. These are the same types of discoveries preserved in the nearby Florissant Fossil Beds National Monument. Weather permitting, the quarry is usually open daily from 10am–5pm in summer and on weekends in September, but it’s best to call ahead (719-748-3275) to confirm.

This beautiful canyon slicing through the foothills northwest of Denver is a great spot to search for specimens of semi-precious black tourmaline. Also abundant are crystals of blocky feldspar and sparkling mica, which are especially plentiful near the junction between Golden Gate Canyon and Robinson Hill Roads.

Bonus: If you continue another six or so miles up the road, you’ll reach Golden Gate Canyon State Park, one of the region’s best areas for viewing fall foliage.

If you don’t have time to put your own fortune-hunting skills to the test, you can always drop by one of the state’s many rock shops, including my favorite, Nature’s Own, which has branches in Nederland, Boulder, and Fort Collins. And regardless of whether you’re a novice or a serious collector, you’re sure to enjoy the gem and mineral display at the Denver Museum of Nature and Science, which includes blocky, crimson-colored rhodochrosite and sky-blue aquamarine from Mount Antero. And don’t miss Tom’s Baby, an eight-pound gold nugget found in Breckenridge in the late 1800s.

If you’re in or near Denver, check out the Denver Coliseum Mineral, Fossil, and Gem Show and the Denver Gem & Mineral Show, both of which are held in September and feature hands-on exhibits, entertaining lectures, and hundreds of dealers hawking everything from coiled ammonite fossils to glistening nuggets of gold.

From hiking through red rock canyons and aspen forests to hitting the slopes, find your adventure with Moon Colorado. 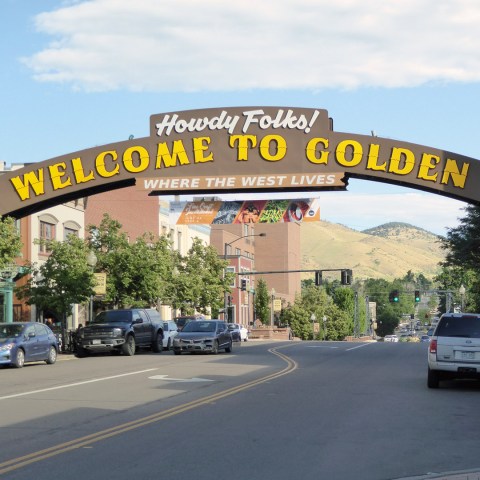 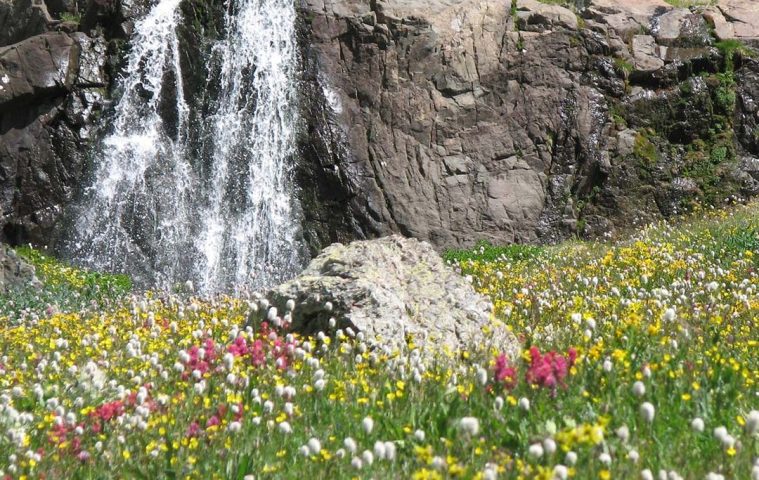