Seventy years without wolves led to changes in the order of things, an ecosystem collapse known as trophic cascade. Without wolves to chase and eat them, too many elk led to overgrazing, which led to degradation of grassland, willow and tree populations, and over time, mass die-offs of elk from starvation and disease. Fewer willows meant fewer beaver. Rising coyote numbers led to population decreases in pronghorn, red fox, rodents and birds of prey. The effects of the wolves’ absence trickled down through the park like a rivulet in spring, leaving nothing unwetted.

But thanks to the 1974 Endangered Species Act and the tireless work of ecologists, biologists and conservationists who battled opposition from ranchers and other groups, Yellowstone’s wolves have been back since 1995, when 14 gray wolves from Canada were released into the park. Those first 14 (and another 17 transplanted into the park in 1996) have reclaimed their species’ territory, both on the map and within the ecosystem.

There are roughly 1,700 wolves across five states, and about 100 of those live in 10 packs within the park. With the wolves back, Yellowstone is righting itself, giving scientists and citizens alike a front-row view of wolf behavior and the ways in which a keystone species impacts an entire ecosystem.

Today, Yellowstone is the best place on the planet to see wild wolves. Even though there are only around 100 of them in an unfenced expanse larger than the states of Delaware and Rhode Island combined, at least one wolf was spotted every day for 3,573 days between 2001 and 2010. Though the consecutive sighting record is not quite as long these days, visitors in 2017 still have decent odds of seeing a wolf thanks to radio collaring and a committed—and highly visible—group of “wolf watchers” who follow the wolves and can often show visitors where to spot them from the road. Since their reintroduction, wolves in Yellowstone have shown little fear of humans and cars. But researchers say that might change as more wolf hunting is permitted just outside the park.

For wolf enthusiasts, there are a number of options for guided wolf watching. Half-day to multi-day group and custom private trips can be booked through such companies as The Wild Side (406/223-6634) and Yellowstone Safari Company (406/586-1155), both of which provide naturalist guides. Visitors can also sign up for wolf-related field seminars and custom tours, including accommodations, through the park’s Yellowstone Forever Institute (406/848-2400).

Travelers who want to explore Yellowstone and its wolves on their own timeline can do so by following some basic guidelines about when to go and where to look. Though wolves are often active near roadways from mid-September through June, the best time to see the gray and black canids is in winter when snow makes them more visible. Wildlife in Yellowstone is typically more active at the edges of day, dawn and dusk, but wolves tend to be most visible in the morning, between 6 and 10 a.m.

The best place in the park to watch wolves—and the only place accessible by roads in winter—is the Lamar Valley, located between the north entrance at Gardiner and the northeast entrance (closed in winter) at Cooke City. It’s worthwhile to stop at any of the visitor centers and ask for up-to-date sightings. And study up online ahead of time. You can find reports of sightings at www.yellowstonereports.com, and the YellowstoneDaily on Facebook.

To put yourself as close as possible to Yellowstone’s wolves in the early morning, consider lodging options in Cooke City, Silvergate, or in the park itself at Roosevelt Lodge (summer only) or Mammoth Hot Springs Hotel and Cabins.

Seeing a wolf in the wild is an unforgettable experience. Their lonesome howls carrying on the wind, through the long shadows of lodgepole forests, means that Yellowstone is still wild. And where there is wilderness, there is hope. 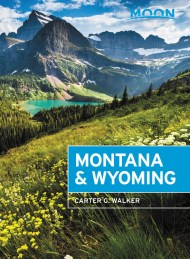 Moon Montana & Wyoming guides you to the best of the wild west, revealing the untold adventures that await under the vast country sky.

Where to See Wildlife in Montana and Wyoming 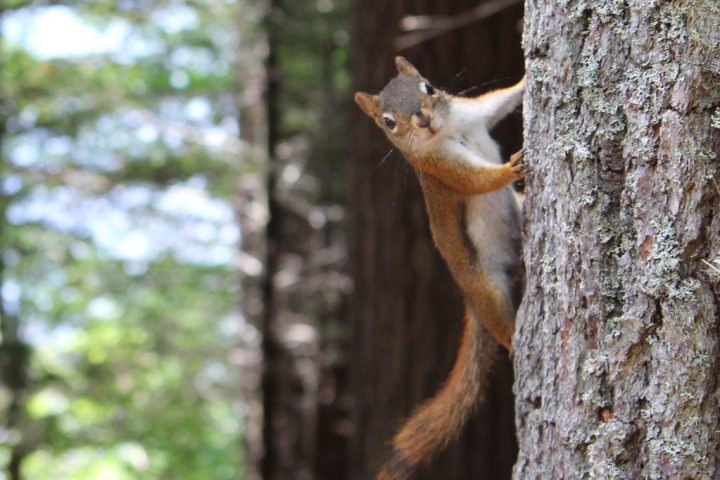 Quiz: Which Animal From The National Parks Are you? 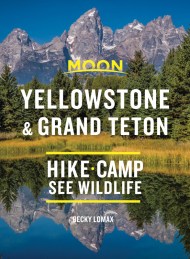