Within Banff National Park, 13 campgrounds hold more than 2,400 campsites. Although the town of Banff has five of these facilities with more than 1,500 sites in its immediate vicinity, most fill by early afternoon. The three largest campgrounds are strung out over 1.5 kilometer (0.9 mile) along Tunnel Mountain Road, with the nearest sites 2.5 kilometers (1.6 miles) from town.

Sites at most campgrounds can be reserved through the Parks Canada Campground Reservation Service starting in mid-January, and it’s strongly recommended that you do reserve if you require electrical hookups or want to stay at one of the more popular campgrounds, such as Two Jack Lakeside. Although some sites are available for those without reservations, they fill fast each day (especially in July and August). The official checkout time is 11am, so if you don’t have a reservation, plan on arriving at your campground of choice earlier in the day than this to ensure getting a site.

On summer weekends, a line often forms, waiting for sites to become vacant. Open fires are permitted in designated areas throughout all campgrounds, but you must purchase a firewood permit ($8.80 per site per night) to burn wood, which is provided at no cost. For general camping information, stop at the Banff Visitor Centre or go to the Parks Canada website, and follow the links to Banff National Park.

Around the Town of Banff

Closest to town is Tunnel Mountain Campground, which is three campgrounds rolled into one. The location is a lightly treed ridge east of downtown, with views north to Cascade Mountain and south to Mount Rundle. From town, follow Tunnel Mountain Road east to beyond the Douglas Fir Resort (which is within walking distance for groceries, liquor, and laundry).

If you’re coming in off the Trans-Canada Highway from the east, bypass town completely by turning left onto Tunnel Mountain Road at the Banff Rocky Mountain Resort. Approaching from this direction, the first campground you pass is the park’s largest, with 622 well-spaced, relatively private sites ($29 per site), each with a fire ring and picnic table. Other amenities include drinking water, hot showers, and kitchen shelters. This campground has no hookups. It is open mid-May-early September.

Less than one kilometer (0.6 mile) farther along Tunnel Mountain Road toward town is a signed turnoff (“Hookups”) that leads to a registration booth for two more campgrounds. Unless you have a reservation from Parks Canada Campground Reservation Service, you’ll be asked whether you require an electrical hookup ($33 per site) or a site with power, water, and sewer ($39 per site), and then sent off into the corresponding campground. The power-only section (closest to town) stays open year-round, the other mid-May-September. Both have hot showers but little privacy between sites.

Along Lake Minnewanka Road northeast of town are two campgrounds offering fewer services than the others, but with sites that offer more privacy. The pick of the two is Two Jack Lakeside Campground (June-mid-Sept., $33 per site), for which you will need advance reservations. It features 80 sites tucked into trees at the south end of Two Jack Lake, an extension of Lake Minnewanka. Facilities include hot showers, kitchen shelters, drinking water, and flush toilets. It’s just over 6 kilometers (3.7 miles) from the Trans-Canada Highway underpass.

The much larger Two Jack Main Campground (mid-June-mid-Sept., $23 per site; no reservations) is a short distance farther along the road, with 381 sites spread throughout a shallow valley. It offers the same facilities as Two Jack Lakeside, sans showers. If you arrive in Banff without campground reservations, Two Jack Main is probably your best chance of getting a campsite, but no guarantees.

Along Bow Valley Parkway between the town of Banff and Lake Louise are three campgrounds. Closest to Banff is Johnston Canyon Campground (early June-mid-Sept., $28 per site), between the road and the rail line, 26 kilometers (16 miles) west of Banff. It is the largest of the three campgrounds, with 140 sites, and has hot showers but no hookups. Almost directly opposite is Johnston Canyon Resort, with groceries and a restaurant, and the beginning of a trail to the park’s best-known waterfalls.

Continuing 8 kilometers (5 miles) toward Lake Louise, Castle Mountain Campground (late June-Aug., $23 per site) is also within walking distance of a grocery store (no restaurant), but it has just 44 sites and no showers. Services are limited to flush toilets, drinking water, and kitchen shelters.

Exit the Trans-Canada Highway at the Lake Louise interchange, 56 kilometers (35 miles) northwest of Banff, and take the first left beyond Samson Mall and under the railway bridge to reach Lake Louise Campground, within easy walking distance of the village. The campground is divided into two sections by the Bow River but is linked by the Bow River Loop hiking trail that leads into the village along either side of the river. Individual sites throughout are close together, but some privacy and shade are provided by towering lodgepole pines.

Just under 200 serviced (powered) sites are grouped together at the end of the road. In addition to hookups, this section has showers and flush toilets; $39. Across the river are 216 unserviced sites, each with a fire ring and picnic table. Other amenities include kitchen shelters and a modern bathroom complex complete with hot showers. These sites cost $35 per night. A dump station is near the entrance to the campground ($8 per use). An interpretive program runs throughout the summer, nightly at 9pm (except Tuesday) in the outdoor theater.

Sites should be booked well in advance by contacting the Parks Canada Campground Reservation Service. The serviced section of this campground is open year-round, the unserviced section mid-May-September.

Beyond Lake Louise, the first available camping along the Icefields Parkway is at Mosquito Creek Campground (late June-late Sept., $23 per site), 24 kilometers (15 miles) from the Trans-Canada Highway. Don’t be scared by the name, though; the bugs here are no worse than anywhere else. The 32 sites are nestled in the forest, with a tumbling creek separating the campground from a hostel of the same name. Each site has a picnic table and fire ring, while other amenities include drinking water, pit toilets, and a kitchen shelter with an old-fashioned woodstove.

If you’re camping at Mosquito Creek and want a break from the usual camp fare, consider traveling 17 kilometers (10.6 miles) up the highway to the convivial, historic dining room at Num-ti-jah Lodge to feast on Canadian-inspired cuisine.

Waterfowl Lakes Campground (late June-mid-Sept., $28 per site) is 33 kilometers (20 miles) north along the Icefields Parkway from Mosquito Creek. It features 116 sites between Upper and Lower Waterfowl Lakes, with a few sites in view of the lower lake. Facilities include drinking water, flush toilets, and kitchen shelters with wood-burning stoves. Rise early to watch the first rays of sun hit Mount Chephren from the shoreline of the lower lake, then plan on hiking the 4-kilometer (2.5-mile) trail to Chephren Lake—you’ll be the first on the trail and back in time for a late breakfast.

Continuing toward Jasper, the Icefields Parkway passes The Crossing, a good place to gas up and buy last-minute groceries before reaching Rampart Creek Campground (July-Aug., $23 per site), 31 kilometers (19 miles) beyond Waterfowl Lake and 88 kilometers (55 miles) from Lake Louise. With just 50 sites, this campground fills early each afternoon. Facilities include kitchen shelters, pit toilets, and drinking water.

See More of the Canadian Rockies: 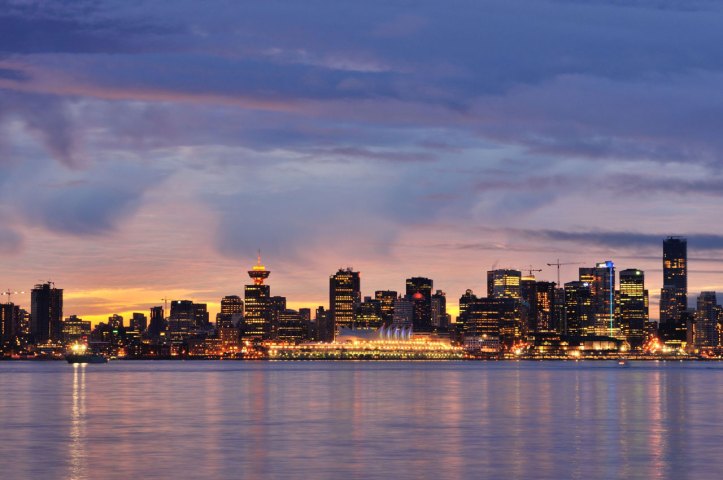 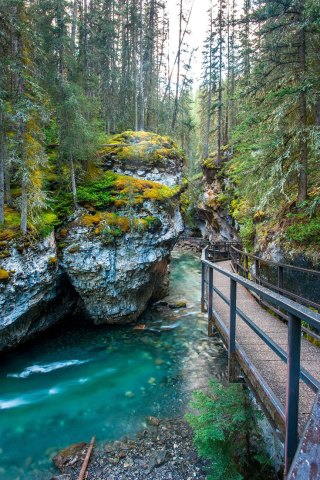 What to Do in Banff with Two Days 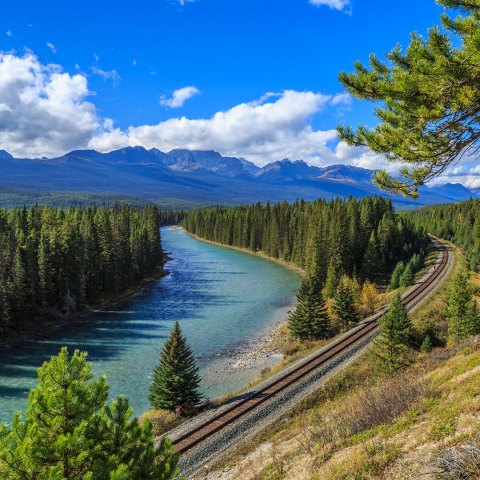