The description of Icelandic food that you get depends on whom you ask, although it can’t be disputed that fish and lamb take center stage. Typical fare can range from light to hearty. Local produce means what can survive outdoors (potatoes, rhubarb, moss) and what is grown in greenhouses (tomatoes, cucumbers, broccoli, etc.). Most of Iceland’s food is imported, and it isn’t cheap.

Local fish includes cod (fresh/salted), salmon, lobster, mussels, halibut, trout, and haddock. A classic Icelandic dish is whitefish cooked in a white sauce with potatoes and onions. A popular snack is hardfish, which is like a whitefish jerky, where the fish is dried and seasoned.

As for meat, lamb is the most prevalent, but there is plenty of beef, pork, and chicken in the Icelandic diet. Some Icelanders also indulge in horse and whale meat as well.

Dairy is an important part of Icelanders’ diets, including milk, cheese, butter, and the yogurt-like soft cheese called skyr, which you should try. It’s very tasty and chock-full of protein. Icelanders are also known to eat ice cream all year long, despite the weather. There are quite a few popular ice cream shops around Reykjavík, and the ice cream sections in supermarkets offer an astounding number of locally produced choices.

Once a year, Icelanders celebrate the traditional foods of the nation, which sustained their ancestors through the ages. The winter festival, called Þorrablót, features svið (singed lamb head), blood pudding, lamb intestines and stomach, ram’s testicles, fermented shark, seal flippers, hardfish, and rye bread. The food that gets the most attention from foreigners is rotten shark or hákarl, which is meat from Greenland shark. The flesh is put through an interesting process, where it is buried for at least two months and then is hung for another three or four months to cure. If you dare, hákarl is available in small containers for sale. It is an experience you will not forget—if not the taste, then definitely the smell.

Reykjavík is home to some excellent fine dining establishments and casual eateries, but eating cheaply in Reykjavík, or on the island as a whole, is not easy. Hours tend to change depending on the season, but for the most part restaurants open their doors for lunch around 11:30am, and kitchens tend to close around 10pm.

Outside of Reykjavík and Akureyri, you will find a lot of fish and lamb restaurants that focus on local cuisine, but inside the two main cities, you have a lot to choose from. You will find sushi, tapas, Indian, hamburger joints, noodle bars, kebab houses, and Italian restaurants to name a few. International cuisine has been growing in popularity over the last 20 years, and new and interesting spots are always cropping up.

The water in Iceland is pure and some of the tastiest in the world. Drinking from the tap is common and safe, and bottled water is frowned upon. Iceland is also a coffee-drinking nation. If you’re a tea drinker, you will find some basic choices in coffee shops, but Icelanders are crazy about their coffee.

As for alcohol, Icelanders do have a reputation for indulging, but given the expensive prices, beer is the drink of choice when going out to a bar. And, believe it or not, beer is still relatively new to Iceland. A countrywide alcohol ban went into effect in 1915; the ban was relaxed in phases, with first wine and then strong liquors permitted, and beer eventually became legal to sell in 1989. Outside of bars, alcohol is available only at the government-run shops called Vínbúðin. 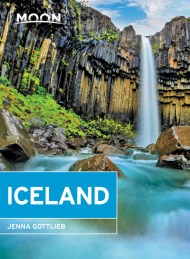