It’s easy to misjudge a country based on preconceptions. You hear a lot, you see a lot, and your imagination naturally makes assumptions. Some of what we’re told about a country is true, of course—but much of it isn’t. It’s up to travelers themselves to seek out what’s beyond the clichés, and discover what’s truly authentic.

Unfortunately, overcoming these becomes infinitely harder when the country in question is Italy—and countless works of art, famed history, world-renowned food, and a thousand other things come to mind. Before I arrived, I was positive its streets were filled with soccer balls and Marcello Mastroianni lookalikes. It didn’t take long for me to realize how wrong I was, and over a decade later, I’m still rectifying all my misconceptions. I learned to love Italy for its contradictions and imperfections, and discovered a country I had never imagined. It requires curiosity, an open mind, and comfortable shoes to escape stereotypes and distinguish between misconceptions and reality—but it is always worth the effort.

What do Italians eat?

Food is an essential part of Italian culture, but to the outside world, Italian gastronomy is often condensed to pizza and pasta. That’s not to say those dishes aren’t popular—but standard Italian diets include countless other dishes. In fact, there are parts of Italy where it’s difficult to find either. In regions like Alto Adige and Veneto pizza is only for tourists (locals prefer polenta and cicchetti). Northern Italy produces enormous quantities of rice, and menus in Milan and Turin are more likely to feature risotto than pasta. Even where pasta is king, it comes in sauces and shapes that are hard to imagine until you’re sitting down in front of a plate of tagliatelli or strozzapreti. To abandon culinary misconceptions requires finding small trattorie on quiet side streets, away from the crowds, and putting your gastronomic faith in the delicious dish of the day.

Is traveling in Italy expensive?

Getting to Italy can be expensive, but once you’ve arrived, food and accommodation are no more costly than they are in the United States—and often, in fact, they are cheaper and of higher quality. Currency fluctuations play a role, naturally, but the trend is favorable for travelers heading to Europe, with one dollar worth nearly one euro. That means you can drink espresso for €1, get a sandwich for €3 and order a three-course meal for under €25. The trick is to avoid tourists and adopt the practices of locals like drinking at bar counters and buying food in supermarkets.

Outside major cities, prices are even lower, and the farther south you travel the less you will pay for house wine or a good night’s sleep. Outdoor markets are ubiquitous throughout the peninsula and offer the best deals on clothes and original souvenirs. Water is always free, admission to monuments and museums minimal, and train travel surprisingly cheap.

It’s easy to believe all Italians are the same. But in a country that wasn’t founded until 1861, many regional differences still exist. That doesn’t just mean menus are different. It means the words and expressions Sicilians use are different from the slang that rolls off Roman tongues, and a Puglian accent is distinct from a Tuscan dialect. Differences go beyond language, too—deep into the DNA of 60 million Italians whose family trees include incursions and invasions that brought Greeks, Normans, Arabs, Turks, Jews, and many more to the shores of this multicultural haven in the center of the Mediterranean. New faces are still arriving and adapting to Italy’s own particular melting pot, so don’t be surprised if your waiter has Polish origins or the man slicing your pizza was born in Bangladesh. That’s Italy too—and this misconception will be quickly erased as you discover the diverse communities that have made Italy their home.

How safe is it to drive in Italy?

Driving in any new city can be risky. It’s not that Italians drive better or worse, but they do have a different mentality about driving, and are accustomed to a different driving environment. Patience and courtesy are not always priority on Italian roads, and Roman or Neapolitan rush hour can leave the uninitiated commuter in a panic. But there are also many parts of the country where courtesy and kindness are the rule, and allowing a pedestrian to pass or giving precedence to a bicycle is second nature. It’s true that streets are narrower (and cars smaller) wherever you go, but country roads are often deserted—and the scenery along the hillsides of Tuscany and Le Marche will make you glad you chose to drive. Truthfully, you’ll have to decide for yourself whether you feel comfortable behind the wheel or not, but you’ll be assured a thrill either way (and if you do—be on the safe side and always drive with caution).

Is soccer really that popular in Italy?

The quickest way to make conversation with an Italian is to mention soccer: that much is almost inarguably true. It’s also true that millions of Italians, from an early age until the grave, have an unwavering loyalty to a team. The most popular (or most despised, depending who you ask) is Juventus, and the one that has won the most trophies. Think of them as sort of the New York Yankees of Italy—except they’re never upstaged by basketball or football.

Soccer dominates the Italian sporting panorama, and nothing comes close to receiving even a fraction of the media attention. Nevertheless, a large portion of the population doesn’t care if Inter won, or how many points Roma needs to qualify for the Champions League. Plenty of Italians don’t even know what offside is and live perfectly pleasant lives without ever watching or listening to soccer. That being said…television audiences for a World Cup match featuring the Azzuri (Italian national side) are astronomically high, and Italians love to win (which they often do).

Is smoking everywhere in Italy?

Tobacco is definitely prevalent in Italy. Scanning the pavement near any bus stop will reveal a plethora of stomped-out cigarette butts. Cigarettes are sold in dedicated shops (tabaccherie) and the price of a pack is quite reasonable compared to most western countries. Still: contrary to popular depictions, Italians don’t have free reign to smoke anywhere they like. Smoking in bars and restaurants is banned, and it’s one rule Italians overwhelmingly respect. Public messages couldn’t be clearer regarding the dangers of nicotine, but be aware that smoking culture persists and is unlikely to be eradicated anytime soon. 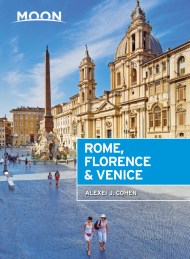