It seems Savannah’s close connection to St. Patrick’s Day was ordained from the beginning. The very first baby born here, Georgia Close, came into the world on March 17, 1733. Nearly three hundred years later, Savannah holds the third-largest St. Patrick’s Day celebration in the world, second only to New York City’s. Three presidents have visited during the shindig—William Howard Taft, Harry Truman, and Jimmy Carter. With its fine spring weather and walkability—not to mention its liberal “to-go cup” rules allowing you to carry an adult beverage on the street—Savannah is tailor-made for a boisterous outdoor celebration. But most of all, what makes it a perfect fit is the city’s large Irish-American population.


The earliest Irish in Georgia were descendants of the Calvinist Scots who “planted” Ireland’s northern province of Ulster in the 1600s. Often called “crackers”—perhaps from the Gaelic craic, “enjoyable conversation”—these early Irish entered Georgia from upstate South Carolina and made their living trading, trapping, or soldiering. One such “cracker” was Sergeant William Jasper, mortally wounded leading the charge to retake Savannah from the British in 1779.

The main chapter in local Irish history began in the 1830s with the arrival of the first wave of Irish to build the Central of Georgia Railway. The story goes that Irish were employed on the railroad because, unlike slaves, their bodies had no commercial value and could be worked to exhaustion with impunity. A second wave of Irish immigration followed two decades later when the potato famine in the old country forced many to seek new shores.

Though the Irish were initially subject to prejudice, their willingness to work long hours for low pay soon made them irreplaceable in Savannah’s economy. And as in New York, in short order the Irish became major players in politics and business. In the early days, Irish neighborhoods were clustered around East Broad Street in the Old Fort area, and on the west side near West Broad Street (now MLK Jr. Boulevard). It’s no coincidence that those areas also had large African American populations. Because of their shared links of poverty and prejudice, in the early days Savannah’s Irish tended to live near black neighborhoods, often socializing with them after-hours—much to the chagrin of Savannah’s elite.

Ironically, given St. Patrick’s Day’s current close association with the Catholic faith, the first parade in Savannah was organized by Irish Protestants. Thirteen members of the local Hibernian Society—the country’s oldest Irish society—took part in a private procession to Independent Presbyterian Church in 1813. The first public procession was in 1824, when the Hibernians invited all local Irishmen to parade through the streets. The first recognizably modern parade, with bands and a “grand marshal,” happened in 1870.

Today’s parade is a far cry from those early beginnings. Organized by a “committee” of about 700 local Irishmen—with but a tiny sprinkling of women—the three-hour procession includes marchers from all the local Irish organizations, in addition to marching bands and floats representing many local groups. Rain or shine, the assembled clans march—amble is perhaps a more accurate word—wearing their kelly green blazers, brandishing their walking canes and to-go cups, some pushing future committee members in strollers, fair skin gradually getting redder in the Georgia sun.

More than just a day, the citywide St. Patrick’s Day celebration generally lasts at least half a week and temporarily triples the population of Savannah. The nearly three-hour parade—second biggest in the United States—always begins at 10am on St. Patrick’s Day (unless that falls on a Sunday, in which case it’s generally on the previous Saturday) and includes an interesting mix of marching bands, wacky floats, and sauntering local Irishmen in kelly-green jackets. The appeal comes not only from the festive atmosphere and generally beautiful spring weather, but also from Savannah’s unique law allowing partiers to walk the streets with a cup filled with the adult beverage of their choice.

The three-week Savannah Music Festival (912/234-3378) is held at various historic venues around town and begins right after St. Patrick’s Day. Past festivals have featured Wynton Marsalis, Dianne Reeves, and the Avett Brothers. 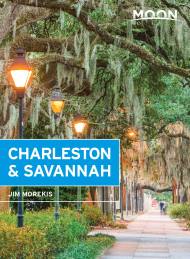 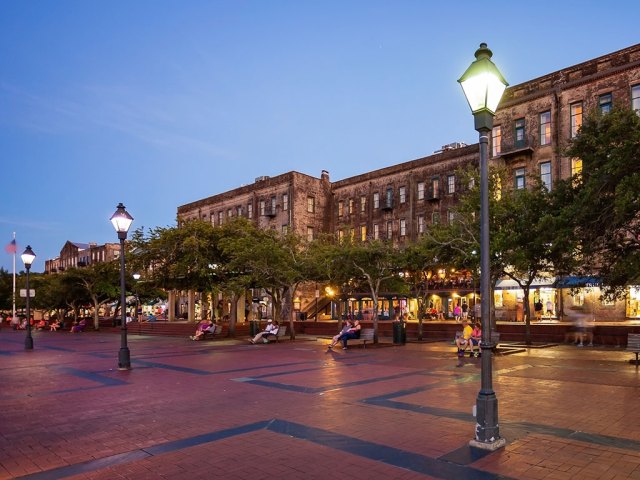 Savannah Nightlife: A Guide to the Top Bars, Clubs, and Live Music 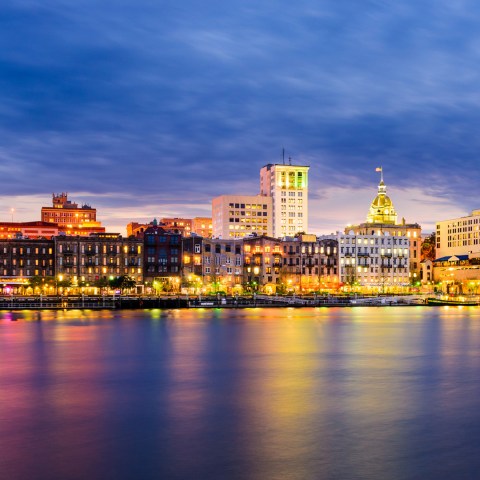 Whether you're relaxing on a romantic beach, soaking up the rich history, or reveling in the Southern hospitality, dig into these fun-loving sister cities with Moon Charleston & Savannah.

With Moon's practical tips and local know-how, you can experience the best of Charleston and Savannah.