These free, printable travel maps of British Columbia are divided into eight regions: 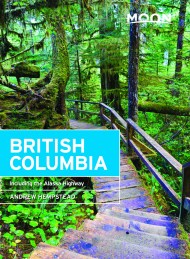 British Columbia is filled with vibrant cities, secluded beaches, and old-growth rainforests. Explore it all with Moon Travel Guides. 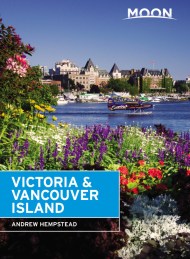 Exploring southwestern BC is like taking three very different vacations. The Sunshine Coast spreads out to the north, attracting families, scuba divers, and sun-loving Canadians. The Sea to Sky Highway leads to Whistler, a hip, outdoorsy resort town of epic proportions.

From the ocean to the mountains, Moon Vancouver & Canadian Rockies Road Trip will take you off the beaten path and into the heart of Western Canada.

Around 180 kilometers (112 miles) from end to end, the gorgeous Okanagan Valley is dotted with orchards and wineries, the latter a major attraction. But if the only thing you know about wine is that you like it, no worries—wine -tasting in the Okanagan Valley is a completely unsnobby affair.

Welcome to the Canadian Rockies, a vast wilderness where wildlife is always abundant and hiking trails always scenic. The region is at its most breathtaking at Lake O’Hara in Yoho National Park, while adjacent Kootenay National Park offers up more magnificent Canadian wilds, along with hot springs.

Cutting a swath across the province, the central region of British Columbia is extremely diverse. To the east, a series of glaciated mountain ranges are protected by Glacier and Mount Revelstoke National Parks, which offer accessible adventure.

Northern BC is a long way from anywhere else. You won’t see famous attractions. Instead, you’ll find lakes and forest and lots of both. Small towns provide excellent access to outdoor activities, as well as a little bit of pioneering history. The coastline is mostly inaccessible, but where highways push down to the ocean, Prince Rupert and Stewart offer scenic rewards.

Linked to British Columbia by the Alaska Highway, the Yukon is a continuation of the forested wilderness. Many visitors pass right through on their way to Alaska, but it’s worth lingering to explore the natural wonders of Kluane National Park, the modern frontier delights of Whitehorse, and the world’s most famous Gold Rush town, Dawson City.