It can take anywhere from 31 to 45 days to walk the entire Camino de Santiago, from the French border at the Pyrenees to Santiago de Compostela, plus up to 7 days more to continue onward to the Atlantic coast. While plenty of people walk the whole thing, many often walk the trail in sections, returning a year or more later to pick up where they left off. Many others walk only that one portion. Even a three-day walk on the Camino is profound and transformative, and there are no right or wrong ways to walk it. Whatever your goals, plan your pilgrimage with this breakdown of Camino routes:

For Mountains and Huddled Hamlets:

Total Distance: 68.4 km (42.5 miles)
Days: 3-4
The Camino de Santiago today officially begins at Saint-Jean-Pied-de-Port, a stunning threshold at the Pyrenees and the border with France and Spain. You have two traditional options here: the popular Route Napoleon or the Route Valcarlos, which is used in winter and bad weather. Both ascend green-gray mountain peaks capped with snow and speckled with grazing sheep, leading to breathtaking views before descending to the huddled monastic hamlet of Roncesvalles. Throughout you are immersed in ancient Basque and Navarran culture, its hospitality, and its celebrated, colorful cuisine. This initial stretch is one of the most challenging on the Camino and includes the second-highest peak of the entire way. Especially from fall through spring, the weather can be prohibitive.

For Stunning Churches (and a Wine Fountain!):

Total Distance: 97.6 km (60.6 miles)
Days: 4-5
Beginning in Pamplona, Hemingway’s famed stomping ground, the Camino climbs and descends between open plains, high ridges, and steep ravines into wild and dynamic landscapes where early humans built dolmens and medieval masons created enigmatic and beautiful churches reflecting a mix of influences (pagan, Jewish, Christian, and Muslim), including Eunate, Torres del Rio, Cirauqui, Puente la Reina, and Estella. The Camino also traverses an ancient Roman road and takes you into wheat and wine country, including a surprise at the monastery of Irache: a fountain flowing with wine.

For Peaceful Monasteries and Plentiful Poppies:

For Ancient Architecture and Medieval Lore:

Castile and León: Burgos to León

Total Distance: 181 km (112 miles)
Days: 7-9
Deep into Spain’s breadbasket, the Camino gradually climbs and enters the famous meseta—high plateau—of north-central Spain, with infinite swaying wheat fields where shepherds have tended their flocks for millennia. Land of hefty hilltop castles and frontier towns, this is El Cid country, saturated with epic poems of chivalrous (and roguish) knights. It is characterized by endless sky and wide horizons, which brings a different cadence to the walk. The food reflects this sturdiness with hearty farmer fare and strong wine. At an albergue (hostel) in Carrión de los Condes, singing nuns invite you to listen to or join in sacred song. Burgos, at the beginning of this route, is home to a world-class human evolution museum and also the gateway city to the Atapuerca archeological site, inhabited by humans 1.2 million years ago.

To Participate in the Iron Cross Ritual (and For a Challenge!):

León and Galicia: León to Sarría

Total Distance: 193.5 km (120 miles)
Days: 8-10
Mountainous terrain makes this one of the more challenging sections of the Camino. Slowly leaving the open meseta, the Camino passes into the multicolored mountains of León, so rich with minerals that ancient peoples, including Romans, built extensive roads here. After summiting Monte Irago, the Camino’s highest point, pilgrims can leave a ritual stone at the foot of the Cruz de Ferro (iron cross)—for many, one of the most meaningful experiences on the journey. You next trek into a vast valley and garden paradise of fruit orchards, vegetable gardens, and unique El Bierzo wines. The trail then enters narrow mountain valleys dotted with riverside villages, making a steep ascent into Galicia’s mountains at the ancient mountaintop village of O Cebreiro.

To Taste the Bounty of the Land and the Sea:

Total Distance: 115.5 km (72 miles)
Days: 5-6
As one of the most convenient places to begin the final 100 kilometers (62 miles) of the Camino (required to earn a pilgrim’s certificate, the Compostela), Sarría is one of the most popular starting points. From here, the Camino leads through a green and mysterious realm defined by deeply folding river valleys and mountains covered in ancient oak and chestnut forest, some of the oldest in Iberia. Listen to locals tell stories of meigas (white witches) who cast healing cures, try queimada, a heated elixir of well-being offered to pilgrims, and sample celebrated cheeses from local cows (who are often more present on the trail than humans). You can also get a taste of the nearby sea in cafés serving Galicia’s famous spicy octopus, pulpo á feira.

You Made It: Santiago de Compostela

The Camino ends here in this mythic medieval city, at the Catedral de Santiago de Compostela, where the body of Saint James is entombed. Pilgrims head straight to the cathedral to hug the statue of Santiago on the high altar. Afterward, wander arcaded cobblestone streets lined with granite churches, monasteries, museums, shops, and galleries built of gray granite, or visit the Mercado de Abastos, one of northern Spain’s most colorful and dynamic daily markets. The restaurants and cafés surrounding the cathedral showcase Galicia’s most tantalizing dishes from ocean, field, river, and mountain. One in particular, Casa Manolo, has been a popular pilgrim meeting spot for more than three decades.

If You Want to Keep Going:

To Finisterre: 89.3 Km (55.5 miles), 4 days
To Muxía: 86.9 Km (54 miles), 4 days
Finisterre to Muxía: 29.3 Km (18.2 miles), 2 days
The Camino doesn’t have to end at Saint James’s tomb in Santiago de Compostela: More and more pilgrims are trekking farther west toward the Atlantic coast towns of Finisterre and Muxía. At first, the journey through dense forest, undulating hills, and challenging small mountains feels deceptive: You can smell the ocean, but you can’t see it until you are almost upon it. At last, you meet finis terrae, earth’s end: a narrow finger of land with endless sky above, crashing waves below, and infinite watery horizon ahead. The coastline known as the Costa da Morte (“coast of death”) is rugged and dangerous, but that just adds to the filmic ending of a long walk across northern Spain. End-of-journey rituals include collecting a scallop shell from the beach or taking a purifying swim in the Atlantic. 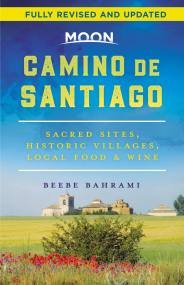 Over 1,200 years old, 500 miles long, and rich with tradition and sacred history: Embark on the trip of a lifetime with Moon Camino de Santiago.

For more Camino, check out: 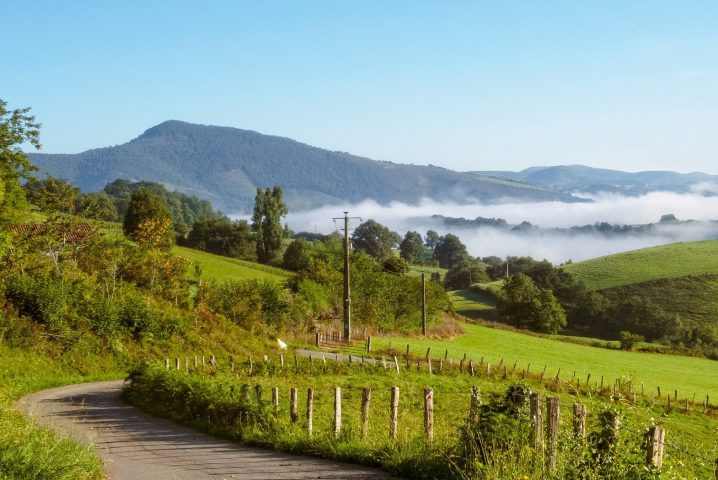 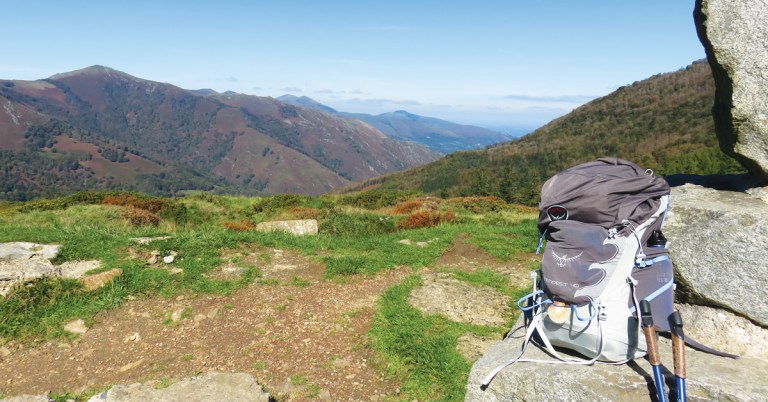