You will often notice what appears to be a backward apostrophe inserted in the middle of Hawaiian words such as Lana‘i and Ka‘anapali. This marking is known as the okina, and rather than letting it confuse you even further, use the okina to help in determining the proper pronunciation.

To a professional linguist the okina denotes a glottal stop, which in layman’s terms essentially means that you pronounce both of the vowels it’s sandwiched between. To use the above examples, when pronouncing the name of island of Lana‘i you would verbalize both the “a” as well as the “i,” for a phonetic pronunciation of “Lah-NA-ee.” The incorrect pronunciation is to blend the final two words together and say “Lah-Nai,” which in the Hawaiian language means “a porch,” and is spelled lanai.

Similarly, the major resort area of Ka‘anapali is correctly pronounced by verbalizing both the first as well as the second “a,” which phonetically looks like “Kah-ah-naw-PAW-lee.” The incorrect way to pronounce the word is to slur the two vowels together by saying “KAW-nah-paw-lee,” or even worse, the dreaded “Ka-NAH-poli.”

The okina serves as an instructional guide as to which vowels to pronounce individually and which to blend together. The town of Lahaina—which you notice does not have an okina—is correctly pronounced as “Law-HIGH-nah,” whereas if it were to be spelled with an okina such as Laha‘ina, it would then be pronounced as “Law-HUH-ee-na.” 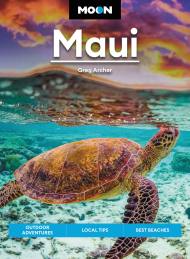