As great as Prague is, it would be a shame if you didn’t expand your horizons a little bit by hitting the road and enjoying some of the more interesting and inspiring day trips the country has to offer. From castles to colonnades, museums and mom-and-pop wine cellars, you’ll quickly come to realize that the Czech Republic has a lot to offer.

Kutná Hora is a quieter complement to the cosmopolitan experience of the Czech capital and remains accessible for travelers on a tight schedule. Less than an hour to the east, you can find a city of fascinating architecture and historical importance. The presence of silver mines established the city’s royal status in the 14th century, while its “bone church” at the Sedlec Ossuary remains the most famous draw for tourists. The historic city center, Church of Saint Barbara, and Cathedral of the Assumption at Sedlec have earned their places on the UNESCO World Heritage List.

Liberec, located an hour bus or car ride to the north of Prague, falls halfway between cosmopolitan and country life. This university town near the German border is filled with interesting architectural sights, a diverse selection of international restaurants, and a popular summertime base for sunbathing and beach volleyball. Get a peek at local life with some tourist-friendly attractions thrown in.

Ještěd Hotel and TV Tower: The curved walls of this unique building in Liberec slope skyward into an upside-down funnel shape, earning an International Perret Architecture Award for blending seamlessly into the mountain range it sits atop.

For Czechs, spending time outdoors (or “in the nature” as Czechs like to say) is a national pastime. One of the most accessible places to explore on a day trip from Prague is the protected landscape area of Český ráj known as either “Bohemian Paradise” or “Czech Paradise.” The main draw to this UNESCO-protected, 181 km.2 (roughly 70 mi.2) area is the vast landscape of geographic beauty. A walk from the train station through small town life in Turnov leads to the vast forest, dirt paths, and sandstone rock formations—not to mention a few castle ruins for ambitious hikers.

Hiking in Bohemian Paradise: Trek through a small town to reach the forests, rock formations, castle ruins and impressive viewpoints of a massive protected nature reserve.

An aura of relaxation surrounds this peaceful valley town of pastel buildings and natural springs beside the Ohře River. The main attractions of Karlovy Vary (also known as Carlsbad in English) are the fifteen thermal springs of drinking water, tapped and free-flowing for all pedestrians to taste. Tiny, decorative “spa cups” with a helpful spout are sold every few steps in shops and stands. The various temperatures and mineral contents give each spring a distinctive flavor and are believed by many to have healing powers. Join the ranks of King Charles IV, who founded the town in the 14th century, along with Russia’s Peter the Great, Mozart and Beethoven, Franz Kafka, and many modern Hollywood stars who have come to “take the waters” over the centuries.

Once you get indoors, spa towns in the Czech Republic focus less on indulgence in white fluffy robes and more on natural treatments to improve your health. It’s not unusual for local physicians to prescribe an extended stay for locals suffering from various illnesses and conditions. Services like mineral baths, salt caves, aromatherapy, and massages are usually accessible to travelers with a reservation in advance, but other services may require a physician’s consultation, so read the fine print when booking online. The overall environment of these spas may also have a more clinical vibe than travelers are used to, but don’t let that deter you from indulging in the local approach to wellness.

Pastel colors and a preserved medieval atmosphere have earned Český Krumlov its UNESCO-protected status. The main draw to this whimsical 13th-century city is the Český Krumlov Castle encircled by the curves of the Vltava River, and the chance for summer river rafting fun.

Expect heavy tourist traffic during summer months. (A local artist even hired people to live “normal” lives in the summer of 2018 to draw attention to tourism pushing the locals out of town.) However, this popular city is equally beautiful and half as crowded in late spring and early autumn while the castle sights are still open, or even a peaceful day in winter when fewer sights are open but the city streets are dusted in snow. Many tour groups also treat the city as a day trip, so an overnight stay allows you to explore in a more peaceful evening setting.

Český Krumlov Castle: This castle and royal residence draw visitors to the whimsical 13th-century city of Český Krumlov. The Baroque Theatre contained within is a particular highlight.

Rafting the Vltava River: Pile into rented boats and paddle down the river alongside the locals, stopping at pubs and restaurants on the shores and in the middle of the river itself.

Prague’s second-largest city and the capital of Moravia is a noteworthy hub of international and vegetarian dining, a lively cocktail and bar scene, and a diverse architectural destination in its own right. Brno’s 400,000 residents skew towards a young, university-aged crowd alongside an innovative startup scene. The active streets and underground sights of Brno make for an ideal stopping point between Prague and either Vienna or Budapest.

Ossuary at St. James Church: Brno’s ossuary—the second-largest in Europe—isn’t as famous as the one in Kutná Hora, but the local sculptures and classical music composed specifically for its halls make it a worthwhile sight in its own right.

Think of Mikulov, Lednice, and Valtice as a sort of tri-city area, often referred to as the Lednice-Valtice Area or Complex. The strategic location of this trio on the southern border of the Czech Republic and Austria, roughly halfway between Vienna and Brno, made it an important historic center of trade routes and observation. Today the area is best known for the majestic chateaux that once housed the aristocracy of the Austro-Hungarian Empire.

These chateaux served as royal residences and summer homes, particularly for the Liechtenstein family. Although this family name is now associated with a smaller European country far to the west, the family was particularly prominent in acquiring and renovating many of the properties across this area. Each of these distinctive chateaux grounds and gardens are open to visitors, with interior access provided by guided tours of individual areas.

In addition to grand chateaux, South Moravia is also prime location for some of the country’s best vineyards. The Wine Salon of the Czech Republic in the cellar of Valtice Chateau ranks the country’s 100 best local wines every year, while smaller wine bars in Mikulov offer a more intimate environment for a taste. 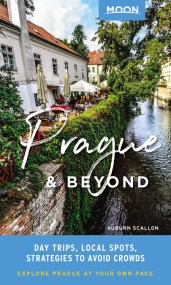 Dramatic Gothic monuments, breathtaking castles, and fairytale spires: Take your time in this magical city with Moon Prague & Beyond. 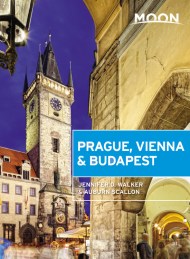 Whether you’re sipping Czech beer with locals or exploring hilltop castles, get to know these fairytale cities with Moon Prague, Vienna & Budapest.