A road trip from Nashville to New Orleans is a musical treat of a trip. Its roots and melodies are as long and deep as the roots of the trees along the Natchez Trace. Blues, country, jazz, Americana, African slave songs, and more can trace some of their development—if not their origins—to time on these roadways.

Here are 15 select albums, from historic to contemporary, with connections to these routes for you to listen to on your road trip to better understand this region of America. They’re arranged (loosely) from north to south; you can follow along to this soundtrack with the road trip itineraries in Moon Nashville to New Orleans Road Trip.

Track 1 is called “Out on the Natchez Trail,” and compresses some of the Trace’s history into a rockabilly beat.

Husky was one of the early adopters of the “Nashville sound,” a combination of swing and country.

Hear more of the quintessential Nashville Sound from Cline’s angelic voice. Start with “I Fall to Pieces.”

“Sweet Home Alabama,” Lynyrd Skynyrd’s best-known song, name checks Muscle Shoals and its signature musicians known as Swampers, and explains some of the history of the Yellowhammer state. While the song certainly has a controversial history (and Lynyrd Skynyrd are actually from Florida, not Alabama), there’s no denying it’s a bedrock of the South and Southern music.

This two-disc set includes songs from Etta James, Otis Redding, and others who recorded at Muscle Shoals’ Fame Studios.

Mississippi native Gentry tells a story of the region in song.

A compilation of some of the works the King of rock n’ roll recorded at Sun Studios in Memphis.

Slavery is part of this region’s history; this album documents the songs slaves sang and passed down to the next generation.

This best seller is a solid representation of the Mississippi Blues King’s work.

Understand the blues music of this Mississippi native from this album.

The Nashville musician created this concept album by imagining a musical autobiography of Jimmie Rodgers.

Muddy’s acoustic Mississippi Delta roots are on full display on this album.

The country crooner revisits traditional Civil War songs that were likely sung along the Natchez Trace.

Traditional New Orleans jazz is combined with hip hop and funk on this album. 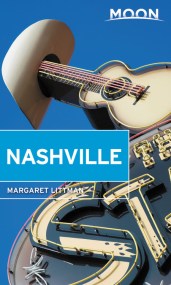