These free, printable travel maps of Peru are divided into ten regions:

Explore Peru with these helpful travel maps. Ensure you have the newest travel maps from Moon by ordering the most recent edition of our travel guides to Peru and Machu Picchu.

Traditionally avoided by travelers because of its gray weather and grimy downtown, Lima is making a roaring comeback. The outlying districts of San Isidro and Miraflores offer the greatest range of lodging, bars, and Peruvian cuisine. Bohemian Barranco is the nightlife district and favored backpackers’ den.

Machu Picchu and The Sacred Valley

Begin your trip to the Cusco area with the Sacred Valley, which the Inca considered paradise for its fertile earth. The Sacred Valley is cut by the Río Urubamba, which rushes toward the most fabled achievement of the Inca: Machu Picchu. The fabled lost city is a breathtaking citadel arranged along a rainforest-covered ridge. 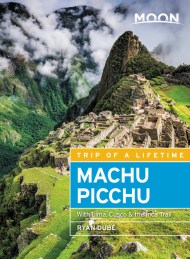 Mystical, timeless, and full of adventure: embark on the trip of a lifetime to the jewel of Peru with Moon Travel Guides.

Cusco must-visits are the artisan barrio of San Blas, the fortress of Sacsayhuamán, and the Inca sun temple Coricancha.

The highlight of a visit to Lake Titicaca, the world’s highest navigable lake, is an overnight with a family on islands where villagers cultivate potatoes and quinoa on rock terraces. Arequipa, near Peru’s southern coast, is a sophisticated colonial city known for its European feel, world-renowned cuisine, and 16th-century convents and churches.

If you fly above the Amazon, you will see clouds and an endless emerald blanket of vegetation, interrupted only by the muddy squiggles of rainforest rivers. Here travel is by motorized dugout canoe, which is one of the best ways to see toucans, tanagers, and other rainforest birds.

Nasca and the Desert Coast

Dug into the landscape 1,000 years ago and preserved by the arid climate, the unexplained Nasca Lines form hummingbirds, whales, and trapezoids. Nearby is the Ica Desert, an unexplored area of sand dunes and an astounding variety of marine fossils.

Nowhere is Peru’s colonial past more palpable than Ayacucho. The most stunning city of Peru’s Andes, Ayacucho has a gorgeous catedral and two dozen other colonial churches and is surrounded by ruins from the pre-Inca Huari culture.

Huaraz and the Cordillera Blanca

Trekkers who make it over Punta Unión, a pass at 4,750 meters in the Cordillera Blanca, rub their eyes in disbelief when they first see Alpamayo. This pyramid of fluted snow lures climbers from around the world.

Trujillo and the North Coast

Huaca de la Luna, an adobe pyramid, was built by the ancient Moche people and is now surrounded by the colonial city of Trujillo.

Cajamarca and the Northern Highlands

The gorgeous countryside around Cajamarca is rife with Inca paths, or Qhapaq Ñan, and the enigmatic irrigation canals of Cumbemayo.