Sheltering in place is so much more tolerable when there’s lobster.

The prices may say otherwise, but the world’s most opulent crustacean occasionally dresses down into sandwich form. Luckily for home cooks, the lobster roll, a New England staple, is pretty simple. As the name suggests, it is comprised of lobster meat loaded onto a roll, typically a New England style – or top-sliced – hot dog bun. But just as us Bostonians gripe about who has better cannolis or chowder, there are two schools of thought on our region’s go-to seafood sandwich.

The Maine way is served cold and is made using mayonnaise, celery, and occasionally some spices. Down in Connecticut, lobster rolls are served hot by tossing the lobster in butter and lemon before loading onto the buttered and grilled hot dog bun.

If there is a silver lining to shelter-in-place orders, it’s that we’ve got more than enough time to make lobster rolls both ways. But I can still serve up a few shortcuts to get around the tedious task of steaming a full lobster. All you need to do is grab a few items from your grocery store and/or seafood market, and you’ll soon be on your way to a decadent meal in:

1. A pound of lobster meat (should be enough for about six lobster rolls), halved
2. Six New England-style hot dog buns (If these aren’t available, regular hot dog buns are fine)
3. Two stalks of celery
4. Half a stick of butter (plus enough to butter the sides of hot dog buns)
5. The juice of two lemons (halved)
6. ½ cup of mayonnaise
7. Salt
8. Pepper
9. 1 tablespoon tarragon (optional)
10. Cayenne pepper (optional)

For the Maine-style lobster roll, put a half pound of lobster meat in a bowl for mixing. Thinly slice the celery and add to the bowl. Fold in the mayonnaise (I’m not a huge fan of mayo, so I use less, adding it by spoonful until I have just enough to bind the meat in the vein of lobster salad). Pour the juice of one lemon over the mixture and toss to coat thoroughly. Add salt, pepper, and the optional cayenne pepper for additional flavor.

For the Connecticut-style rolls, melt down a half-stick of butter in a pan over low heat. Add the juice of one lemon, tarragon (if desired), and salt. Add the other reserved half pound of lobster to the pan and toss thoroughly in the butter mixture. Remove from heat source when finished.

Liberally butter sides of hot dog buns and put skillet or cast iron pan on stove at medium heat. Place hot dog buns on skillet or pan and toast on each side until a golden brown. Divide Maine-style lobster salad and the Connecticut-style buttered lobster mixture on hot dog buns and serve with a side dish of your choosing. Potato chips and a crisp local beer, like a Harpoon IPA or Sam Adams, are a nice way to feel like you’re at a restaurant on the Cape instead of your dining room! 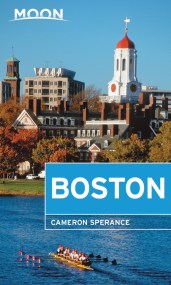